Mario Bava’s 1968 classic Danger: Diabolik has been on my watch list for years, and I’m pleased to say I finally sat down to watch it and was blown away with just how much I loved this film.  Any time you think of a sixties spy thriller, this should be what comes into your head.  The amazing looking cinematography, completely ridiculous plot, and great score by Ennio Morricone make this an absolute must-see. 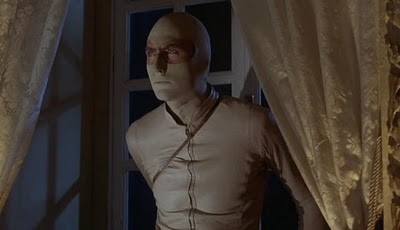 The film stars John Phillip Law as Diabolik, a mysterious super thief who, in addition to being a complete badass, is constantly thwarting any attempts of being captured and stealing anything and everything he lays his eyes on.  The film opens with Diabolik executing an intricate and masterfully laid out heist involving $10 million in cash.  The reason for stealing this money?  So he could make love to his girlfriend (Maria Mell) on bed of money of course. 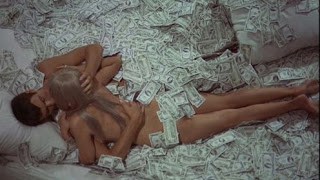 It’s things like this that make the film so much fun to watch.  He doesn’t steal to make ends meet (he lives in a massive underground layer) or to give back to the community, he just does it for fun.  Another example would be at one point in the film the government offers a $1 million reward for his capture.  Diabolik’s response was to blow up all the tax buildings so the government couldn’t use tax payer money for the reward.  He then proceeded to steal the entire gold reserve for the city- 20 tons worth. 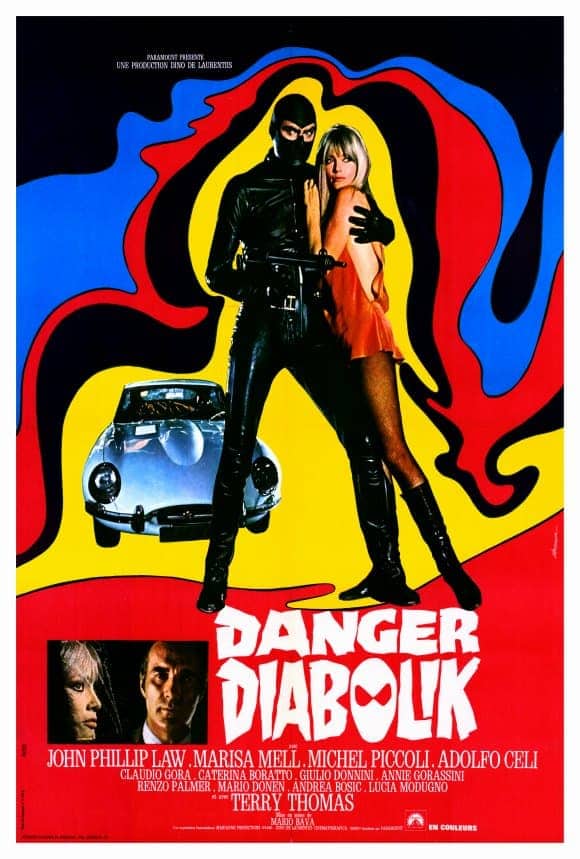 All of the classic spy movie tropes are present in Danger: Diabolik and they’re all fantastic.  Submarines, gadgets, car chases, shoot outs, half naked go-go dancing women, this has it all.  Every scene is meticulously framed and full of vibrant color, something Bava perfected early in his career.  If you’ve ever seen the “Body Movin’” video by The Beastie Boys, you’ll get an idea, considering much of that video uses footage from this film.

While I always considered myself partial to Bava’s horror films, there’s just so much to enjoy here, this may jump to the top of my list.  It’s a cheeky film that doesn’t take itself too seriously.  There’s plenty of jokes and gags, and the film feels like it’s fully aware of how crazy it is.  The cartoonish qualities of the film most certainly stem from the fact that this is a very accurate adaptation from a comic book series.

Danger: Diabolik is a film that oozes with style and just plain coolness.  Although some of the effects work looks decidedly dated, and the dialogue can be cheesy at times, these elements only add to the over the top fun held within.  It’s a great introduction to Mario Bava as well, considering it’s much lighter than something like Black Sunday or A Bay of Blood.  If you’re into heist films or spy movies, this is definitely one that shouldn’t be missed.