This week in the Grindhouse, in celebration of the new year, we’ll be taking a look at a horror film called Ghostkeeper, in which a group of friends have a very bad New Year’s weekend.  Directed by Jim Makichuk, this Canadian horror film was released in 1981, and played out like something of a poor man’s The Shining, only less scary and more pointless.

The film stars Riva Spier, Murray Ord, and Sheri McFadden as Jenny, Marty, and Chrissy, three unlikable yuppies on a ski trip to the Canadian Rockies.  As people often do in these types of films, they decide to go off the beaten path and end up in the middle of nowhere when one of their snowmobiles breaks down.  Fortunately, they happen upon a giant ominous looking hotel, which is completely vacant, save for an old woman and her two mysteriously absent sons. 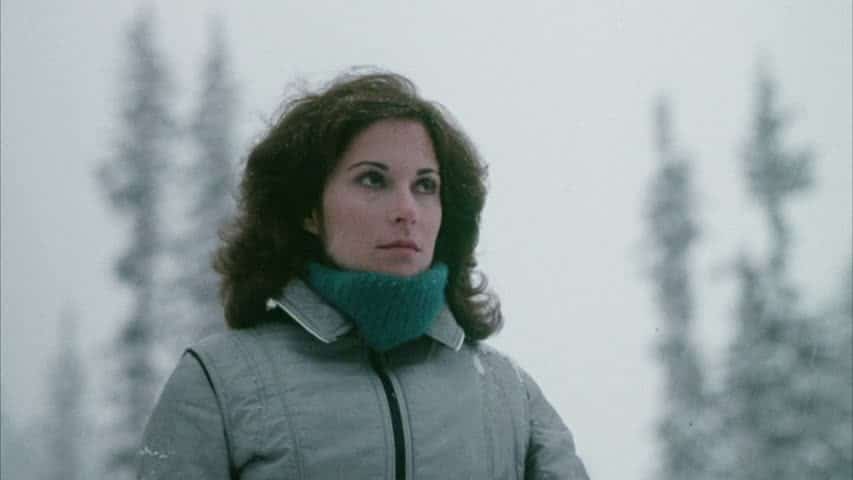 The woman reluctantly allows the group to stay at the hotel for the night, however the next day things start to go awry after they find their snowmobiles destroyed.  To make matters worse, Chrissy gets murdered by a crazed looking mountain man and Marty begins going insane.

As the film progresses we find out that the old woman and her sons are part of the ancient legend of the windigo, a half man half beast with a taste for human flesh.  While this story is central to the film’s plot, it felt underdeveloped and slightly tacked on. 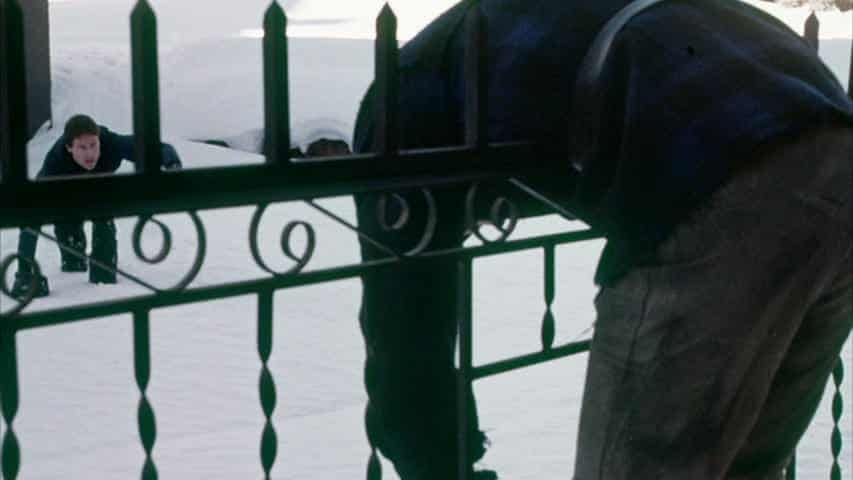 In fact, everything in this film felt only half-realized.  It’s clear the filmmakers were attempting to cash in on the success of The Shining, which came out the previous year.  Unfortunately, everything in Ghostkeeper, title included (where are the ghosts?), makes little sense and is entirely 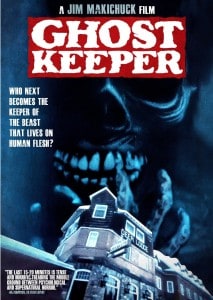 uninteresting.  At one point near the end of the film Jenny goes out to meet Marty, who is supposed to be dead along a tree, but we can see him breathing plain as day.  Now, when this happens in normal films (Macaulay Culkin in My Girl comes to mind), we can safely assume the person is supposed to be dead.  However, in this film, I actually had to look it up to see if he was supposed to be dead or just hanging out by a tree and not moving.

Even if you throw out the technical nit picks, Ghostkeeper is still a boring, paint by numbers horror film that brings little to the table.  The winter landscape is gorgeous, and that’s really all this movie has going for it.  I was also hoping for a little more relevance to the New Year’s Eve thing, but like my Thanksgiving article on Death Weekend, the holiday is only mentioned once.