With the new year upon us, this week’s Grindhouse Weekly pick is the ‘80s cult horror classic, New Year’s Evil.  Directed by Emmett Alston, this slasher released in 1980 was nothing more than a Friday the 13th clone, however the terrible acting and signature ‘80s style makes it a fun watch nonetheless.

The film stars Roz Kelly as Diane, the host of a punk and new wave music show that’s kicking off their annual New Year’s celebration.  In addition to having a number of bands perform, the live show features a call in segment where fans can speak to Diane on the air.  Unfortunately, a serial killer decides to use this platform to get his message across and announces on the show that he’s going to kill someone at the strike of midnight in every time zone.  After proving he’s not full of it, the police begin a frantic search to find him before time runs out. 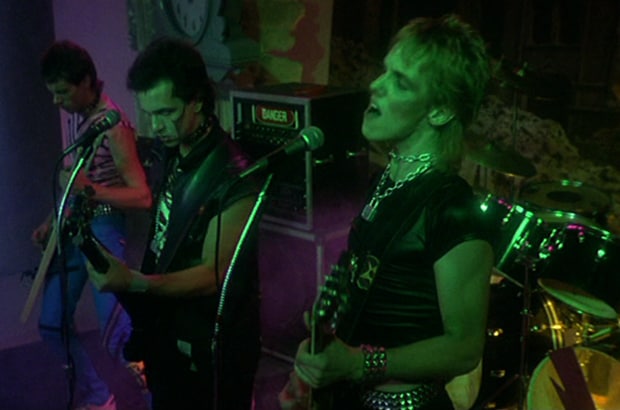 Overall, this is a fairly by the numbers slasher that doesn’t bring much to the table.  When this was initially released in 1980, it may have been considered a novelty, but by today’s standards, after hundreds of these have been released, New Year’s Evil just doesn’t have a lot going for it. 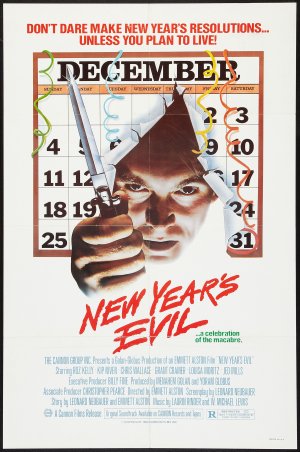 That isn’t to say this isn’t worth checking out however.  It’s firmly planted in the “so bad it’s good” category and provides a steady amount of unintentional comedy throughout.  From the ridiculous and never-ending musical performances to the weird scenes with Diane’s creepy and much too old looking son, there’s a lot of laughter to be had.

If you’re looking for something original, New Year’s Evil is not for you.  Everything from the music, to the kills, to the seemingly indestructible killer is lifted from other movies that came out previously.  What’s worse, most of the blatant rip-offs are not nearly as effective or well made.

As far as cheesy ‘80s slashers go, New Year’s Evil is a slightly enjoyable B movie, that’s really only worth watching while in a drunken stupor with a bunch of friends on New Year’s Eve.  Something tells me if you watch it, say, in June, it’ll lose a bit of what little luster it had.