This week, in honor of the Patrick remake coming out March 14th, we’ll be taking a look at the original 1978 film directed by Richard Franklin.  At first glance, the movie sounds like nothing more than an Australian version of Carrie, but this is much more than a simple knock-off.  With some great cinematography, a solid script, and a very chilling performance by Robert Thompson, this has every right to be considered a horror classic.

The film begins with Patrick, a very disturbed individual, deciding to kill his mother and her lover by tossing an electric heater into the tub while they take a bath.  This event renders Patrick completely comatose, seemingly unable to communicate with the world other than occasionally spitting at people (which was later referenced in Tarantino’s Kill Bill vol. 1). 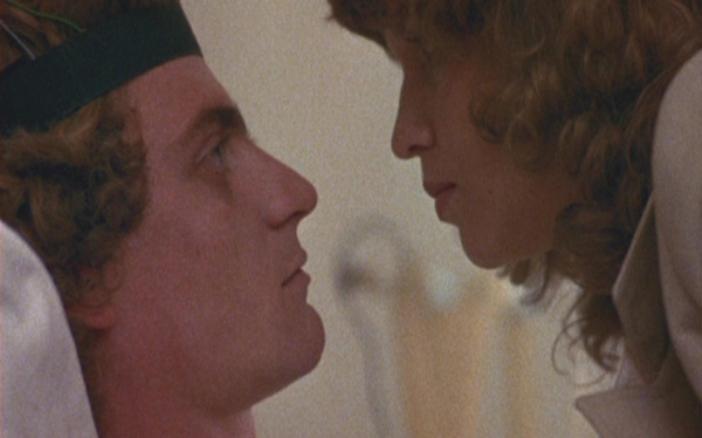 An impending face full of spit.

When Kathy (Susan Penhaligon), a new nurse comes to take care of Patrick, he seems to take a liking to her and strange things begin to happen.  As it turns out, Patrick has mastered a sixth sense that gives him psychokinesis- the ability to manipulate objects with his mind.  The interesting thing is that he’s able to do this from long distances, so even though he’s confined to a hospital bed, there’s no escaping from his fury.

Patrick begins to become jealous of the men in Kathy’s life, and as his powers grow he becomes more and more aggressive.  Of course, that’s when things go south. 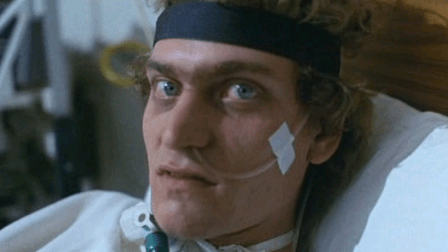 The creepiest thing about Patrick is the fact that his eyes remain wide open throughout the entirety of the film.  His blank stare is enough to give just about anybody the heebie jeebies and Robert Thompson completely nails the role despite having no lines of dialogue.  Eventually, he does communicate through a type-writer however, which is an interesting plot device in being able to find out what’s going on in that twisted melon of his.

One of the first things I noticed about this film is how great the cinematography is.  Donald McAlpine, who would go on to work on films such as Moulin Rouge!, Predator, and most recently Ender’s Game, created a relentlessly eerie atmosphere that contained some fantastic shots. 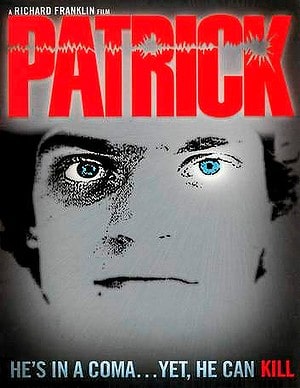 The scares in Patrick may not be at the same high octane level as the horror films of today, and the body count is relatively low, but there’s still some solid frights to be had.  The big surprise at the end will no doubt still have people jumping out of their seats, although I think they should have cut to black right there rather than continuing for a few more minutes and throwing in a cliched horror ending.

Although as of this article I haven’t seen the Patrick remake, my initial thoughts are that it seems unnecessary and will probably be underwhelming.  That being said, the director, Mark Hartley, has previously made the Not Quite Hollywood and Machete Maidens Unleashed documentaries so he’s definitely a fan of that era of exploitation films.

Patrick is a seriously underrated horror film that deserves way more recognition than it receives.  It seems that because it dealt with telekinesis and came out only two years after Carrie that it was swept under the rug, but this is a movie that should be viewed by any fan of classic ’70s horror.