This week in the grindhouse, we’re going to be talking about one of my all-time favorite 80s slashers, Sleepaway Camp.  Written and directed by Robert Hiltzik and released in 1983, this film combines 80s camp, gruesome death scenes, and a completely insane finale that easily sets it apart from the run of the mill B horror flicks pouring into theaters during this time.  Sure, the dialogue and acting is dreadful, and its attempt at exploring a serious issue feels tacked on and entirely too surface level, but this still proves to be a fun, sometimes shocking, watch. 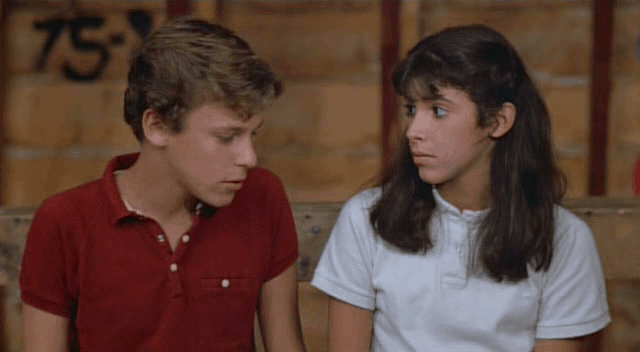 For anyone who hasn’t seen the film, it’s best to go into it cold, not knowing any of the specifics.  That said, I’ll do my best to skirt around the climax the best I can.  The film plays out like your typical summer camp horror flick.  Cousins Angela and Ricky get sent to camp for the summer and find that they must not only contend with incessant bullying, but a crazed killer as well.  Angela, played by Felissa Rose, is a clearly troubled girl, affected by traumatic events from her past, which make her perfect cannon fodder for the mean-spirited campers. 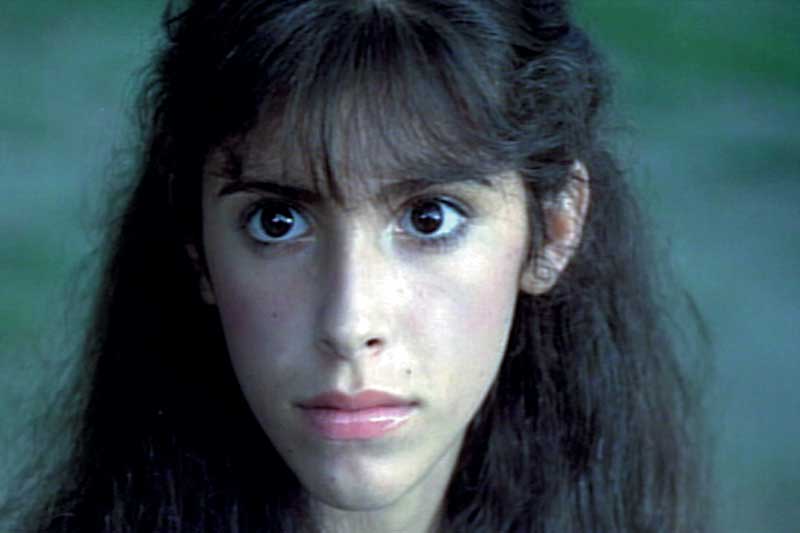 When people start getting killed, the pattern becomes quickly evident that Angela and Ricky have something to do with these deaths.  On the first day of camp a greasy cook attempts to rape Angela and subsequently gets knocked into an oversized pot of boiling water.  From there, things begin to gradually escalate and the murders become more frequent and more gruesome.

The killer is never shown till the end, with mostly just hands showing, or pov shots.  This doesn’t really hide much, however, as most viewers will figure out who it is fairly early on.  The deaths themselves are graphic, however much of the violence happens off frame or is obstructed.  There are quite a few shots of the aftermath, showing plenty of mutilated bodies, all of which have very impressive makeup effects.  I don’t know if the choice to keep everything off camera was a stylistic one, or maybe the filmmakers were trying to avoid an X rating, or maybe it was due to the low 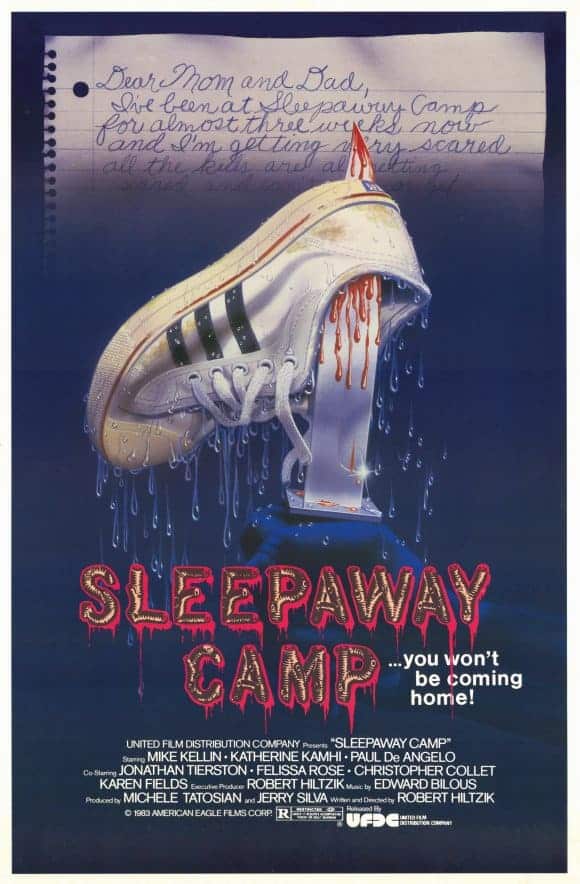 budget.  Either way, the manner in which the murders were shot proved to be effective, though they would have worked better if the actors were more believable.

The film was a modest success at the box office, despite a limited theatrical release, and it would later spawn four sequels.  After the first film, the character of Angela was played by Bruce Springsteen’s sister, Pamela, for parts 2 and 3.  A fourth film, titled Sleepaway Camp IV: The Survivor, was partially shot but never finished until 2012, and the fourth entry, Return to Sleepaway Camp, (or fifth depending how you look at it) was finished in 2003 but wasn’t released till 2008.  Like most horror franchises, the sequels are mostly generic versions of the original, however they are still mildly entertaining to watch on a so bad it’s good level.

There have only been a few moments in all the horror films I’ve seen that come close to the utter surprise and befuddlement that Sleepaway Camp caused.  Even without the insane final shot, the film should be considered a true genre classic, and is an absolute must-see for all horror fans.  Just do yourself a favor and don’t spoil the ending.