With Halloween approaching, we’ll be covering nothing but horror films in the grindhouse for the entire month of October.  To kick off the month, I checked out the 1968 film Spider Baby, or the Maddest Story Ever Told, written and directed by Jack Hill.  Although billed as a horror comedy, there’s really not much of either in the final product, however it’s still an oddly entertaining watch despite its many shortcomings.

The film revolves around a wealthy, reclusive family that are plagued with an illness called Merrye Syndrome, which causes the afflicted to regress back into a child-like state.  This disease is the result of years of inbreeding, and in addition to making adults act like children, it can apparently cause strange obsessions with spiders. 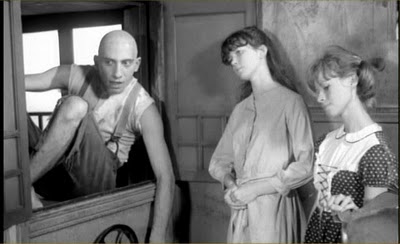 Lon Chaney, Jr. plays Bruno, the family’s loyal chauffer and caretaker of the three Merrye children, played by Beverly Washburn, Jill Banner, and a very young Sid Haig.  After some distant family members bring a lawyer to the estate in order to reclaim ownership, the children go wild and begin killing them one by one.

The name Spider Baby comes from Jill Banner’s character of Virginia, who has a strange fascination with spiders, often pretending to be one.  She throws makeshift webs at people, eats insects, and “stings” her victims, which involves repeatedly stabbing them with knives until they’re dead.  There are also tons of giant spiders roaming around the mansion for some reason, which doesn’t seem to concern anyone at all. 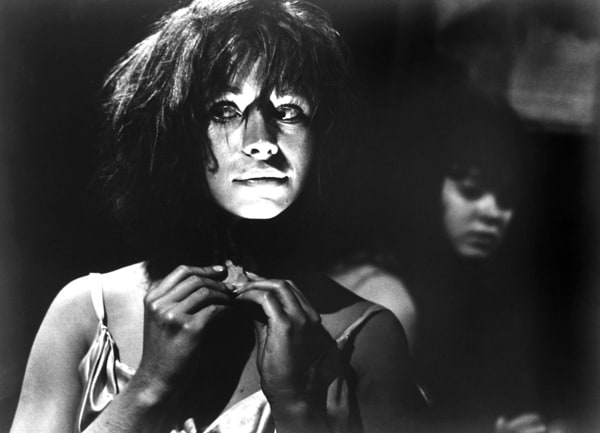 Beverly Washburn as Elizabeth AKA the least crazy one.

Although the film is surprisingly dark for the time period in which it was released, there’s a fair amount of comedy thrown in to lighten the mood and add a charming bit of camp to an otherwise mediocre B movie.  The ironic score and goofy acting from the actors let you know that this was never supposed to be something taken seriously.

That said, there are some very disturbing elements to the film, most notably the concept of incest and the clear sexual repression these individuals have.  In one scene, Sid Haig is creepily spying on one of his cousins changing, and another involves Virginia sitting on her cousin’s lap, coming on to him. 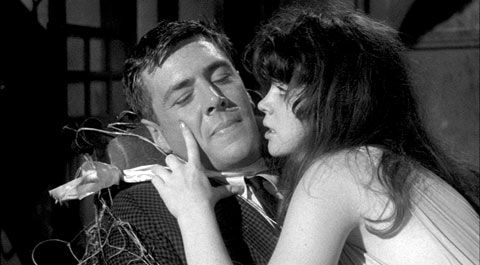 The film was finished in 1964, however it didn’t get a proper release until ’68, which helps account for why this looks way older than most releases of this time.  The fact that it’s shot on black and white film and everyone overacts doesn’t help matters either, but again these elements only add to the campy ridiculous nature of it 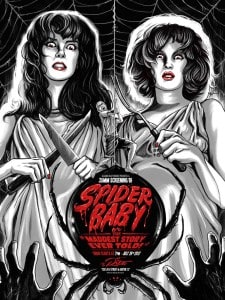 When looking at the plot, it seems like Hill drew inspiration from films like Tod Browing’s Freaks, as well as more obviously many of the classic monster movies it directly references.  There are also shades of this film in more contemporary pictures like House of 1000 Corpses and The Hills Have Eyes.

Spider Baby is a much less sinister film than the cover art suggests, but it’s still a bizarre and entertaining B movie gem.  Fans of Sid Haig’s later work with Rob Zombie will get a kick out of his over the top performance, and fans of Lon Chaney’s early films like The Wolf Man will appreciate this as one of his final roles.