With Drafthouse Films re-releasing it in theaters, it only seemed fitting to pick 1979’s The Visitor as this week’s Grindhouse Weekly feature. Directed by Giulio Paradisi, this trippy genre-bender was eviscerated by critics during its release, but as with many of the films we discuss, has achieved cult status over the years. Although it was mostly considered a Close Encounters of the Third Kind rip-off, it seems that the film is actually an amalgamation of several different properties, cobbled together into one crazy narrative. 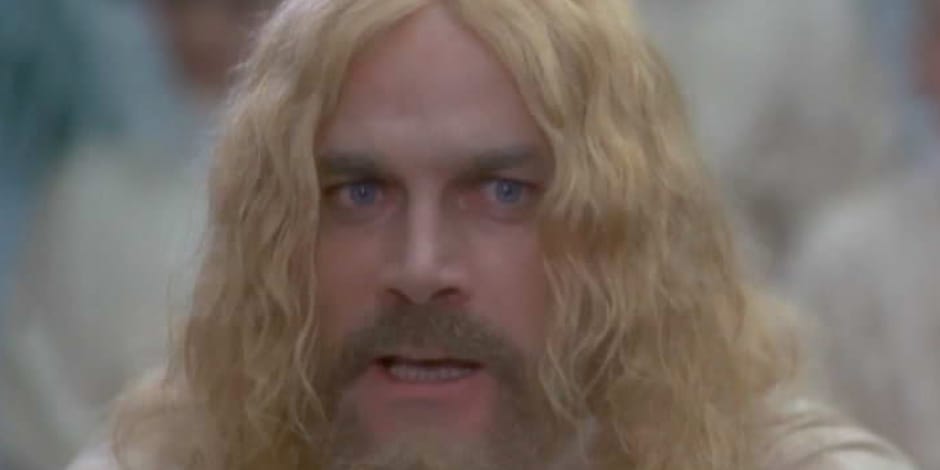 This Italian/American collaboration revolves around an alien, played by director John Huston, coming to Earth to prevent an evil organization from obtaining the power of an 8 year-old half alien (Paige Conner), who possesses telekinetic abilities. The organization is also attempting to get one of their lackeys (Lance Hendriksen), to impregnate the girl’s mother (Joanne Nail) so she can have a boy and the two children can mate and create an even more powerful being.

If all this doesn’t sound crazy enough, there’s Franco Nero playing someone who looks a lot like Jesus, director Sam Peckinpah playing the family doctor, Shelley Winters playing the no-nonsense nanny, and Glenn Ford as an unfortunate detective. 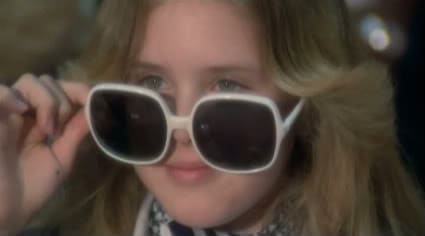 This is right before she literally makes a basketball hoop explode.

If the eclectic cast doesn’t reel you in, how about the fact that the child is evil, swears a blue streak, and keeps a pet hawk that likes to attack people? How about the strange army of bald children that show up for some reason, or that you get to see Lance Hendriksen get stabbed in the throat by a bird that ejects a metal rod from its beak? There’s plenty more, but you get the point – it’s crazy. 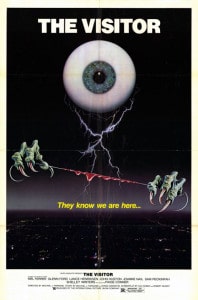 While the main genre of this film would most obviously be considered science fiction, there are elements from many forms of cinema at work. The sometimes-brutal violence and creepy child aspect makes it feel like a horror film, whereas the moments of suspense turn it into a thriller. Of course, the surreal imagery and overt symbolism give it an arthouse Jodorowsky vibe as well, though I’m not implying the two are on the same level.

It’s just too crazy and weird not to love this film. Fold in some solid performances, minus the annoying girl, and some great camera work, and it’s legitimately surprising this film didn’t do better. Sure a lot of it feels like Close Encounters meets Star Wars meets Carrie meets The Birds, but what could be bad about that?

When Drafthouse Films picked this up for re-release, one of the taglines they touted was “The sci-Fi/horror epic that 1979 couldn’t handle.” While this rings true, I’m not entirely sure that 2013 can handle it either. The fact that this movie was actually something that was shown in theaters across the country is a feat in and of itself, and I can’t imagine a film like The Visitor ever getting a wide release in this era.