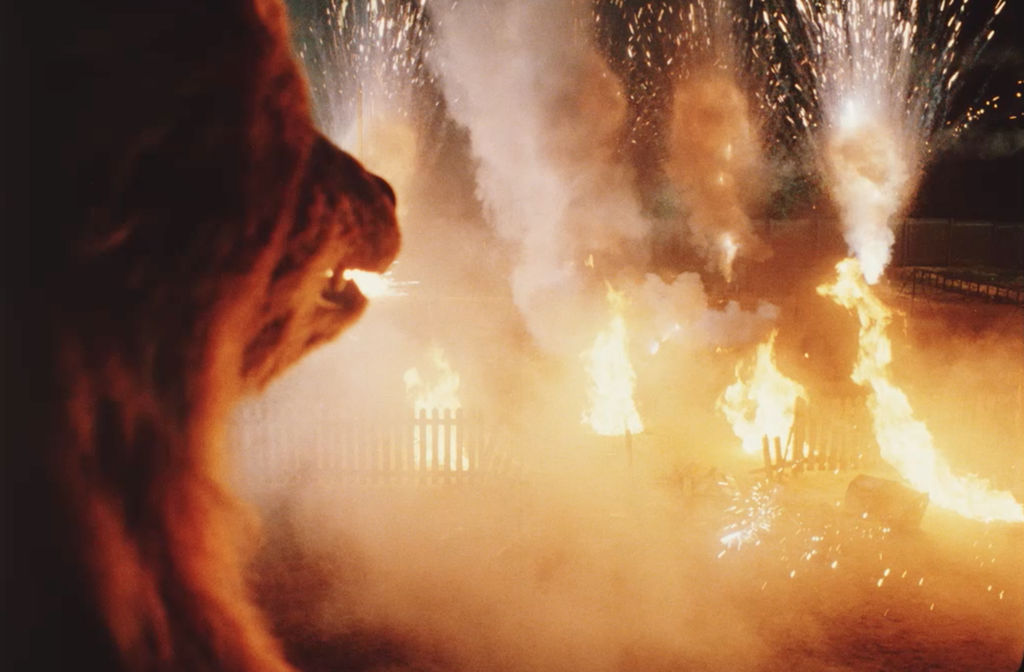 At least once a year or so, a long-lost movie will be unearthed, restored and released to the masses. Obscure titles like Miami Connection and Roar have been re-released and have garnered new cult fanbases, while certain movies of legend — like Orson Welles’ final film, The Other Side of the Wind — finally get completed and released after 40 years in development.

Shot in Hungary in 1983, Grizzly II was a sequel to the 1976 Jaws ripoff, Grizzly, one of the many films of that ilk released in the wake of the massive success of Spielberg’s classic. André Szöts, a relative newcomer to the industry, was tasked with its direction, making this his feature debut.

Unfortunately, after the first day of shooting, the producer Joseph Ford Proctor left the project without informing Executive Producer Suzanne C. Nagy, leaving the production without funding. Fortunately, an investor came in to help finish the shoot, but the money dried up again and the film was left on the shelf for over three decades.

Many years later, a bootleg VHS workprint version of Grizzly II popped up on YouTube, sparking renewed discussion from fans of obscure cinema, which likely had a hand in Nagy deciding to finish the movie 37 years after shooting wrapped in Hungary.

The premise here is dead simple: there’s a big outdoor concert being planned in a forest, but there’s a 15-foot-tall grizzly bear roaming around eating hikers and poachers. The opening sequence features Charlie Sheen, George Clooney and Laura Dern, but don’t let the marketing fool you; they’re literally only in this one scene, which just consists of the three of them talking over each other about nothing for a few minutes before getting mauled to death off camera.

If there’s one positive that can be gleaned from Grizzly II, and really it’s the only positive I can come up with; it’s that, compared to the horrible quality of the VHS version that’s been disseminated online, the transfer from this completed version, sourced from the original negatives, looks decent.

According to Nagy, about 20% of the film consists of new footage, which is blatantly obvious. There was a half-hearted attempt to seamlessly blend the new with the old by adding some film grain, but the new content is painfully apparent. It is primarily composed of B-roll nature shots but, puzzlingly, also contains new performances in the concert scene finale, which is honestly the last thing this movie needed.

How about some more footage of the film’s namesake? Due to the lack of funds and animatronics not functioning properly, the actual grizzly is (ahem) barely present, with most kills simply comprised of the victim screaming then followed by a cutaway to a bear head before the next scene begins.

The concert, which is supposed to be the big climax, is so dreadfully boring: an endless barrage of generic ’80s New Wave rockers and repeated panning crowd shots with music that doesn’t even come close to matching the performance happening on stage. Most hilariously is the decision to include a brand new performance by some random band that doesn’t fit the ’80s aesthetic whatsoever.

This is indicative of the atrocious sound mixing prevalent throughout the short, yet somehow bloated, 68-minute runtime. Mouths are frequently moving, but their words are not even close to matching, and in one precious moment, there’s an entire shot of someone in closeup whose mouth is not moving at all despite speaking about a recently killed poacher.

The new footage and the fact that this is a film that’s just being released now adds to the baffling nature of its existence, maybe both for good and bad. It’s a horrendous film that’s a failure on nearly every level, but I’ve been telling people about it all day. Not only does it feature early performances from the three future stars I mentioned above, but it also has John Rhys-Davies as a wild, war-painted bear hunter and Timothy Spall as a bratty concert worker.

Grizzly II is a dreadful experience, but it’s an oddly fascinating one as well, in that, not only does it exist in general, but it’s somehow being released in theaters in 2021. As a movie though, it’s a bland, incomprehensible mess that was clearly something not meant to see the light of day. The fact that it did however, makes it that much more endearing.