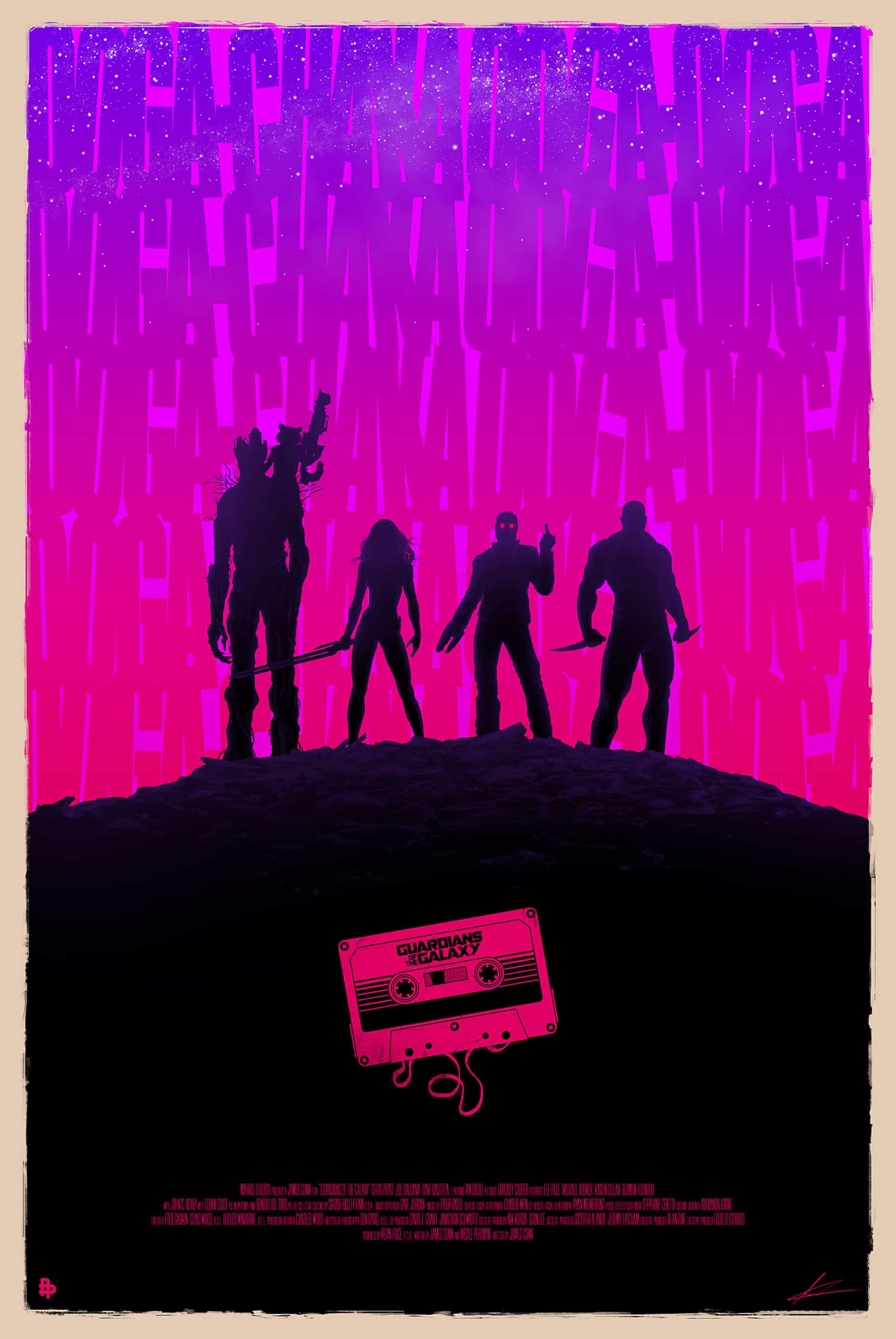 After six years and ten films, Marvel Studios has blown the doors wide open and have expanded the Marvel Cinematic Universe to reach infinity and beyond.   With the arrival of James Gunn’s highly entertaining Guardians of the Galaxy, viewers are given a glimpse at just how far and how much this ever expanding universe can include and it will likely give fans something to be excited about for the foreseeable future.  Whilst all that is fine and dandy you may ask how this introduction to this new universe is.  In a word, funny.  Gunn and company have not only put together the funniest entry in the franchise but have also successfully introduced audiences to another world, a new cast of characters and their action-packed adventures.

In some far off part of the galaxy, in the not too distant future, well the present to be exact, human Peter Quill, aka Star-Lord, finds he’s targeted after “acquiring” an artifact that was being sought after by Ronan the Accuser, a malevolent villain bent on destruction and vengeance.   In the course of his travels he crosses paths with a pair of bounty hunters, an assassin and a crazed maniac who reluctantly come together to stop Ronan’s evil reign of terror.

Based on the late sixties series written by Dan Abnett and Andy Lanning,  these characters and this universe would likely not have been as well received if it were adapted early on the launch of the MCU.   After establishing Thor and that there are other worlds and beings out there, audiences were ready to except whatever Marvel threw at them.  I must confess when I first heard of the Guardians and read that two of the characters were a talking raccoon and a tree I was quite skeptical.   However, after watching Disney’s The Avengers: Earth’s Mightiest Heroes I was introduced to the characters and ended up liking them.   Of all the films this one is clearly the most out there but don’t take that the wrong way.   There are plenty of crazy looking characters, new worlds, new vistas and new dangers.  Guardians proves to be great eye candy as you take in this whole new universe they are about to begin playing in.   For most of the MCU the action was restricted to Earth, this is going to be a whole new ballgame that’ll be exciting to see who else gets to play in the neighborhood.

James Gunn has assembled a solid cast to embody the heroes.  Chris Pratt is fantastic as Peter Quill.  He brings charisma, charm and humor to the role.  Zoe Saldana is a badass as Gamora.  Her part is the least developed of the group and her character does suffer a bit.  However, Saldana makes due with what she is given and delivers where it counts.  Dave Bautista is a revelation as Drax.  Bautista brings a level of menace, honor and charm that you probably wouldn’t expect from someone who is best known as a pro wrestler.  Bautista actual gets most of the film’s best one-liners.  Bradley Cooper will win you over as Rocket.  He brings attitude and smarts that breathes life into the little guy.  Finally, Vin Diesel gives Groot his voice and heart as one of the baddest trees to hit the screen since the Ents of The Lord of the Rings.  As an origin story almost everyone gets enough of a back-story to let audiences know where they’re coming from.  However, everyone has their moment to shine with many that will pull the heartstrings, may cause a tear to flow or will have you laughing your ass off.  The film also features Lee Pace, Glenn Close, Michael Rooker, Karen Gillian, Djimon Hounsou, John C. Reilly, Benicio Del Toro and Josh Brolin.

James Gunn, director of Slither and Super, is given full control of the sandbox and while it’s not the best it is arguably one of the most fun films in the MCU.   He fills the film with great humor, heart, nostalgia, action and fine visual effects.   Seeing the film in IMAX 3D was an absolute blast and is likely the best way to see it.  The aspect ratio will fluctuate much like The Dark Knight but it is seldom noticeable.   Guardians of the Galaxy is a fun but flawed ride.  Ronan, while intimidating was more bark than bite.  There were instances of character development that needed more fleshing out, especially in terms of character motivations and allegiances, and there were some cheesy moments none more than at a critical moment in the film.  Still overall it was a diverting fun ride that’ll have you eagerly awaiting a return to their part of the galaxy.   And like all other films in the MCU stay through the end credits for a pair of stingers.