By: Jonathan Wood
Life is tricky.  It is full of problems both small and large.  You’re late for a meeting. You’re in a high-speed car chase and the fuel gauge is red-lining.  What  do you do?  In moments like this it’s good to have someone to turn to, someone wiser and older who has walked this path before.  And we do.  We have Kurt Russell.  This is just a sampling of the many lessons his movies have taught me.

In this 1997 thriller, Russell gets into a whole heap of travel with backwoods truckers after his car gives up the ghost. But I don’t want to be judgmental and paint all backwoods truckers with the same brush. That’s why I learned basic car maintenance to ensure that I never have to learn if all the movie stereotypes are true or not.

How to survive in Manhattan

I lived in Manhattan for five years, and the things I learned from Russell’s Snake Plissken are the only reason I got out alive. Three basic lessons: 1) everyone else in the city is a homicidal junkie; 2) all cabbies are psychopaths full of magical wisdom; 3) never try to cross a bridge and get into New Jersey.  You can thank me later.  As an added bonus, I now know all the most defensible places in New York when the apocalypse comes.

Seriously, that movie is two-hours of instructional genius. I’m never playing with fire again after that one.

Looking before you leap is over-rated

At least, it is when giant inter-dimensional space gates are involved.  Does Kurt Russell let the death of his son hold him back from intergalactic hijinks? No! Does he let the most basic common sense stop him from jumping into shimmering pool of what-the-heck with absolutely no intel whatsoever? Hell no! Do what Kurt Russell would do, grab life by the horns and plunge in.

As much as I love Kurt Russell, there’s no way he would have got out of Tango and Cash alive without Sylvester Stallone by his side.  And it’s remarkable how quickly you can find a psychotic, wall-street obsessed, neat-freak cop on Cragislist these days.

No really, Kurt Russell was in Forrest Gump

He did the voice for Elvis.  He was uncredited, but he was there.  OK, this isn’t exactly a life lesson, but my mind’s totally blown. 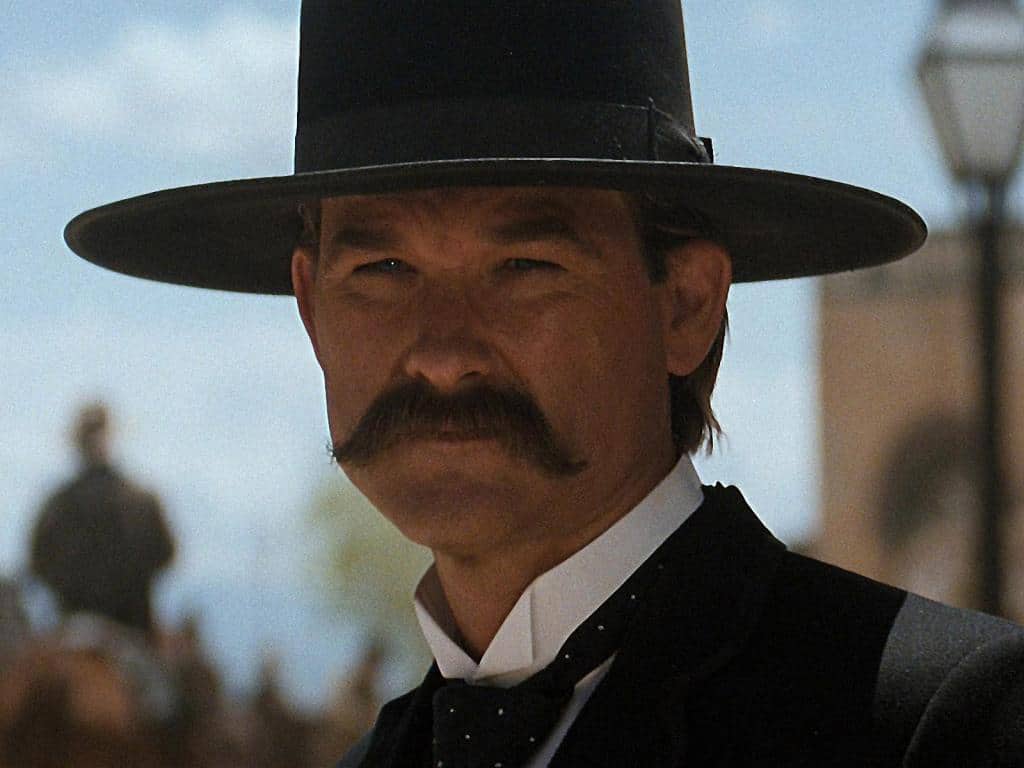 Even Kurt Russell makes a bad call some time.  But the genius of Kurt Russell is that even when he steps false, he shows us the true path.  The example here: he spends most of Tombstone trying to get Val Kilmer to stop drinking. Val Kilmer has turned in two great performances in his career, Heat and Tombstone.  If Val Kilmer needs to play a wasted shell of a human being to be awesome then pass him the goddamn bottle and stop whining.

If you’re going to write a book that features a man who looks to Kurt Russell for moments of inspiration, you should probably have watched Kurt Russell’s most iconic film.
Yeah, I think that one speaks for itself. 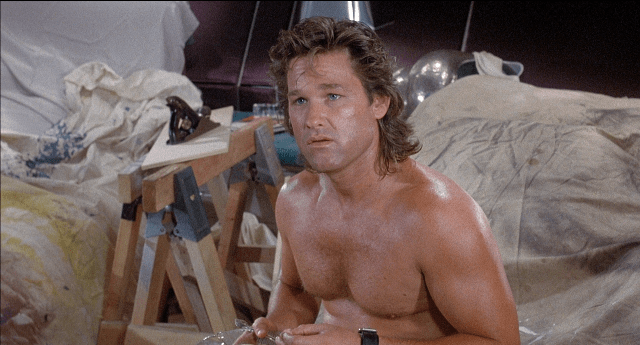 If you’re going to write a book that features a man who looks to Kurt Russell for moments of inspiration, this is probably not the Kurt Russell film you should be most familiar with.

OK, in my defense how many screwball comedies featuring Kurt Russell and Goldie Hawn are out there?   Oh, who am I kidding.  I am full of regret.

Always try to be someone else’s last words

OK, this one may be a little bit tricky to pull off.  But the last thing Walt Disney ever wrote down was “Kurt Russell’ and that was it.  Just those two words.  And that’s awesome.  So I’m  signing up for cryogenic freezing. Then shortly after they de-popsicle old Walt, I’m hoping they’ll thaw me too.  All that’s left is befriending Walt, spending our second lifetime together, getting him to scribble my name down, then offing him again immediately.  Being a legend awaits.

Jonathan Wood‘s latest book, No Hero is out now and currently available on Amazon.  Check it out here for some more Kurt Russell goodness.