The Long Dumb Road opens in theaters and on VOD platforms November 16th.

Nat, an aspiring photographer, is heading towards a bright future in art school in Los Angeles and wants to find the real America en route to new beginnings out West; Richard, a lovably unkempt motormouth, is simply looking for connection in the moment – and maybe a beer or ten – while he grapples with indecision, past mistakes and dead-ends. As they travel through the American Southwest, taking in picturesque towns and crossing paths with an assortment of old flames, fellow travelers, kooky cons, and Good Samaritans, both passengers come alive through the myriad possibilities of the open road. Finding connection, comfort and chaos in their shared journey, this improbable and unforgettable screen duo forges an epic bond few will forget. 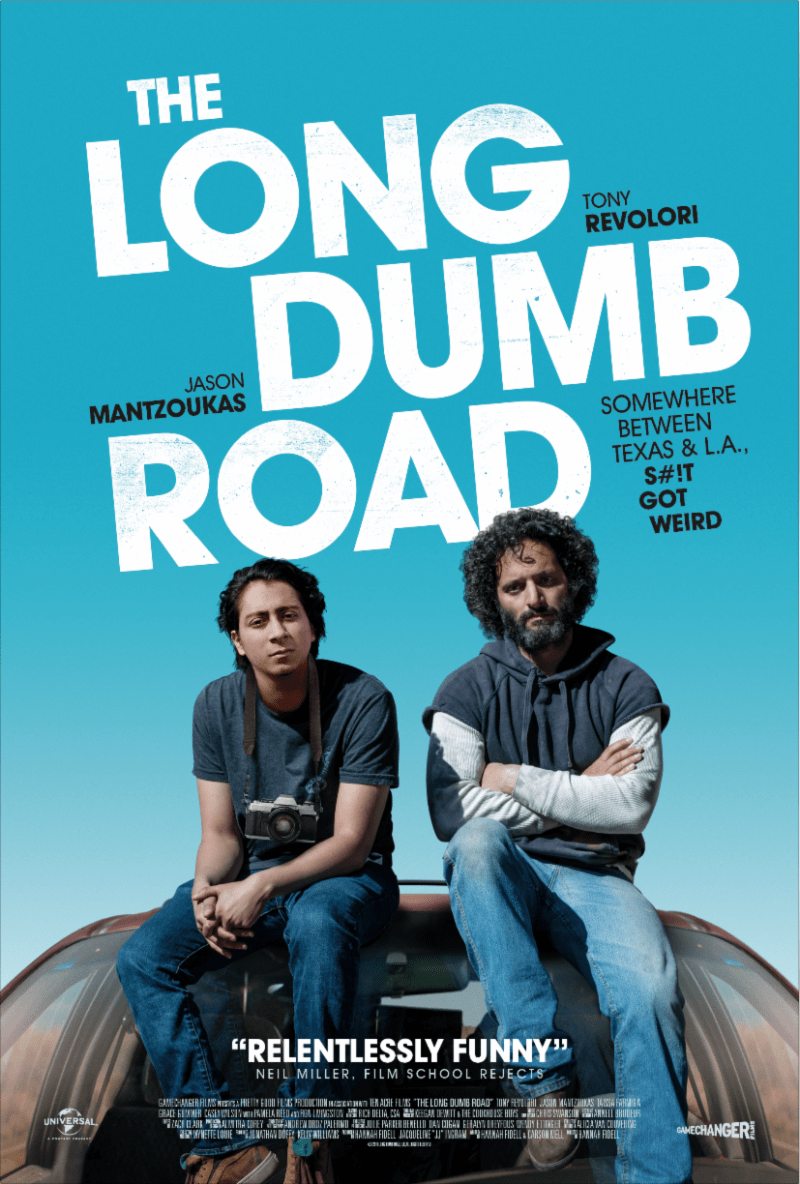