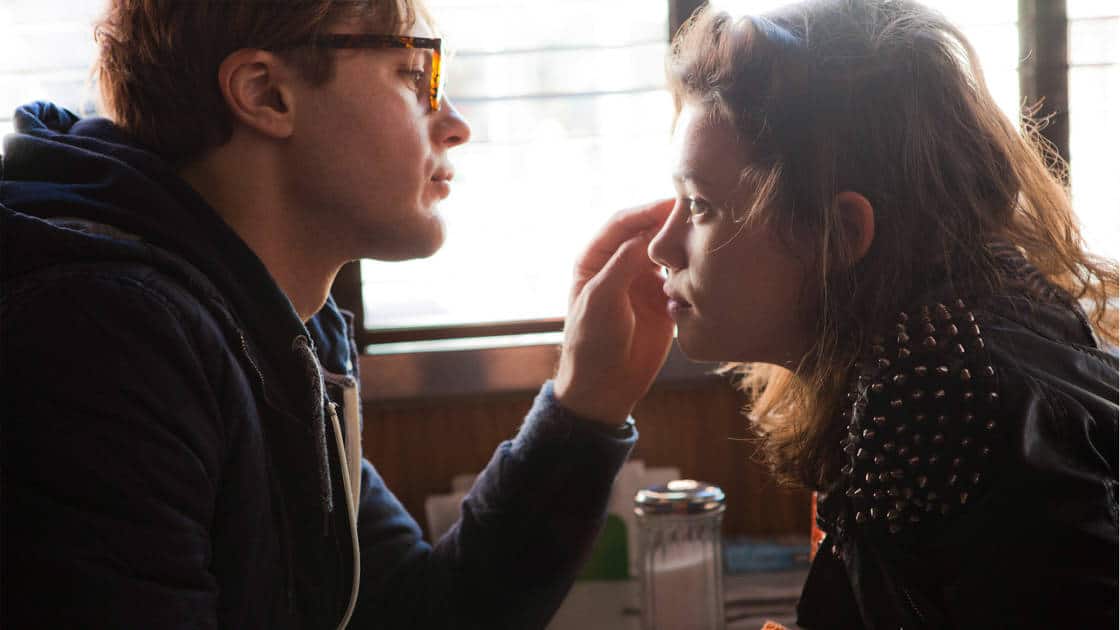 Fox Searchlight has released four new clips for Mike Cahill‘s upcoming science fiction drama I Origins, starring Michael Pitt, Brit Marling, Astrid Berges-Frisbey, and Steven Yeun.  Like Cahill’s previous film, Another Earth, I Origins is a cerebral science fiction film, and revolves around a molecular biologist and his partner discovering something that may change how we perceive everything in our lives.

I Origins premiered at this year’s Sundance Film Festival and opens in select cities this Friday.

I ORIGINS follows a molecular biologist studying the evolution of the human eye. He finds his work permeating his life after a brief encounter with an exotic young woman who slips away from him. As his research continues years later with his lab partner, they make a stunning scientific discovery that has far reaching implications and complicates both his scientific and and spiritual beliefs. Traveling half way around the world, he risks everything he has ever known to validate his theory.