Fingerprint Releasing and Bleecker Street have released a new clip from Steven Soderbergh‘s upcoming thriller Unsane, starring Claire Foy as a woman committed to a mental institution, who believes a stalker is after her, even in this hospital. The film also stars Joshua Leonard, Jay Pharoah, Juno Temple, Aimee Mullins, and Amy Irving.

Unsane will be released in theaters March 23rd.

A young woman is involuntarily committed to a mental institution where she is confronted by her greatest fear–but is it real or is it a product of her delusion? 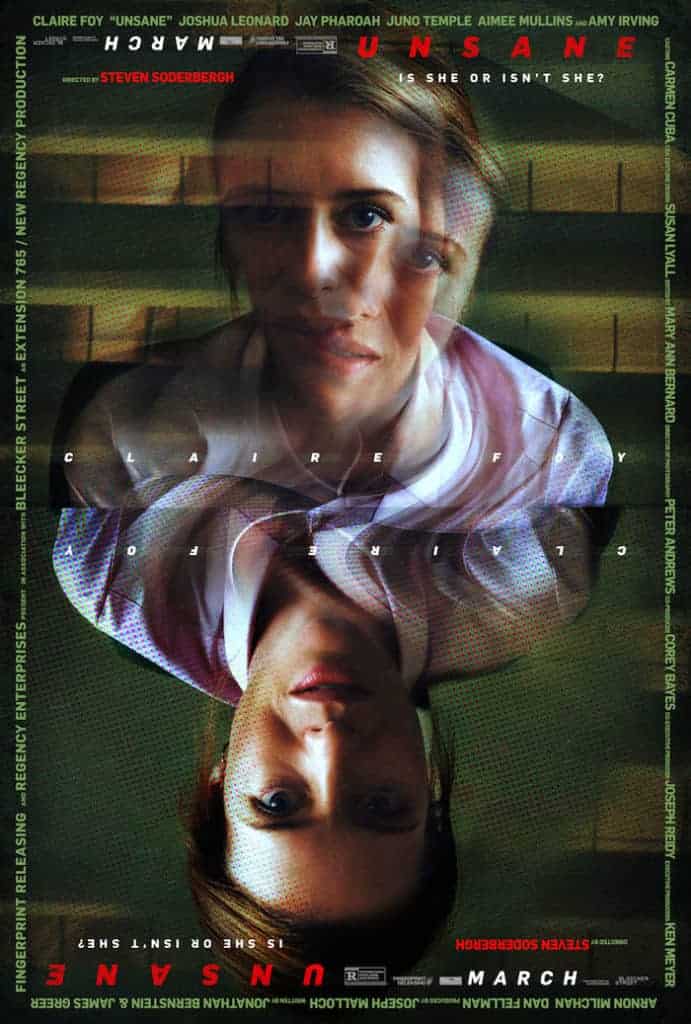