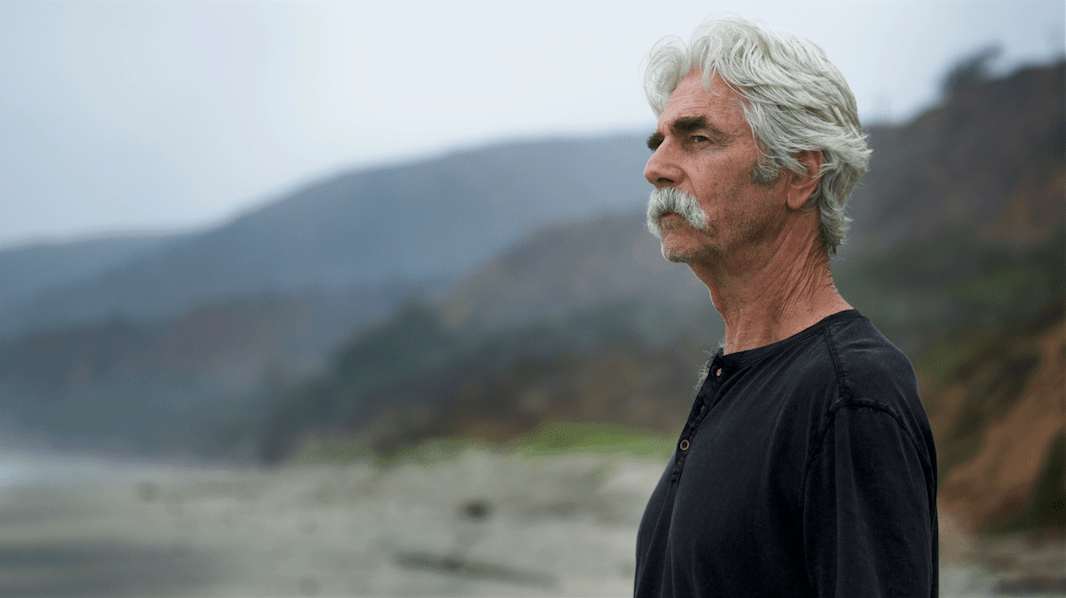 The Orchard has released a new trailer for The Hero, starring Sam Elliott as an aging western actor who is forced to rethink his routine of smoking weed and reminiscing about the old days when he is diagnosed with cancer. The film is directed by Brett Haley and also stars Laura Prepon, Krysten Ritter, Nick Offerman, and Katharine Ross.

The Orchard will be releasing The Hero in New York and Los Angeles June 9th with a nationwide rollout to follow.

Lee Hayden (Sam Elliott) is an aging Western icon with a golden voice, but his best performances are decades behind him. He spends his days reliving old glories and smoking too much weed with his former-co-star-turned-dealer, Jeremy (Nick Offerman), until a surprise cancer diagnosis brings his priorities into sharp focus. He soon strikes up an exciting, contentious relationship with stand-up comic Charlotte (Laura Prepon), and he attempts to reconnect with his estranged daughter, Lucy (Krysten Ritter), all while searching for one final role to cement his legacy.