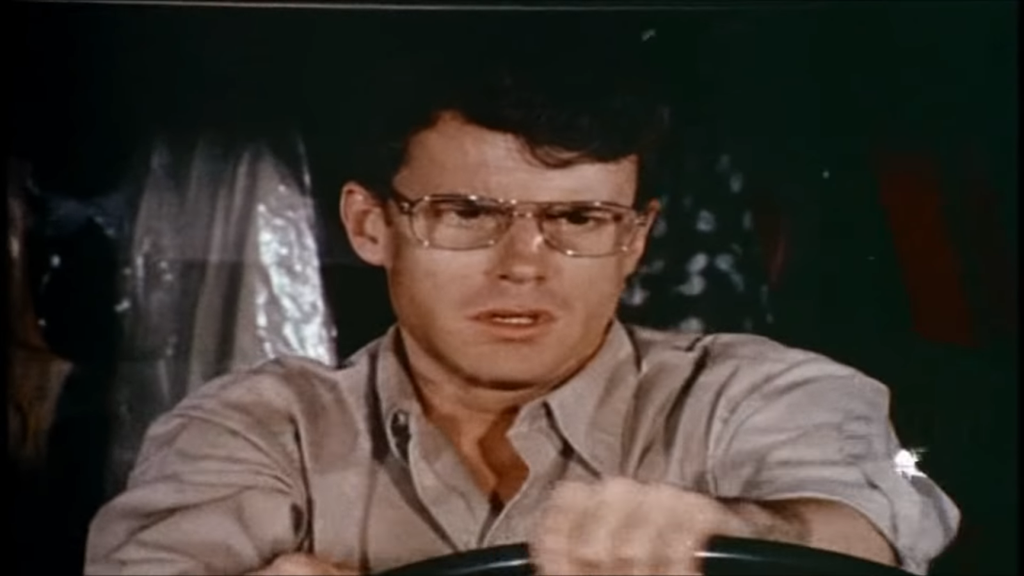 This product was provided by Arrow for the purpose of this review. All opinions are our own.

Inspired by the horrific series of murders that occurred in Northern California in the early ’70s, Irvin Berwick’s Hitch Hike to Hell is an unpleasant little exploitation film that, in addition to ripping its subject matter from the headlines, pulls heavily from films like Psycho and The Texas Chainsaw Massacre.

Robert Gribbin stars as Howard Martin, a mama’s boy working as a delivery driver for a dry cleaner who — after his sister Judy runs away and devistates his mother — develops an unhealthy hatred for hitchhikers. It’s not necessarily explained why he suddenly cracks, but he begins picking up every hitchhiker he can find on his daily route, and, if they mention anything bad about their mothers, he rapes and murders them.

Russell Johnson (The Professor from Gilligan’s Island) plays the local police captain struggling to find any leads that might result in this maniac killer being brought to justice. The rest of the cast is largely comprised of unpaid film students, something that should be completely unsurprising to anyone who watches this title. 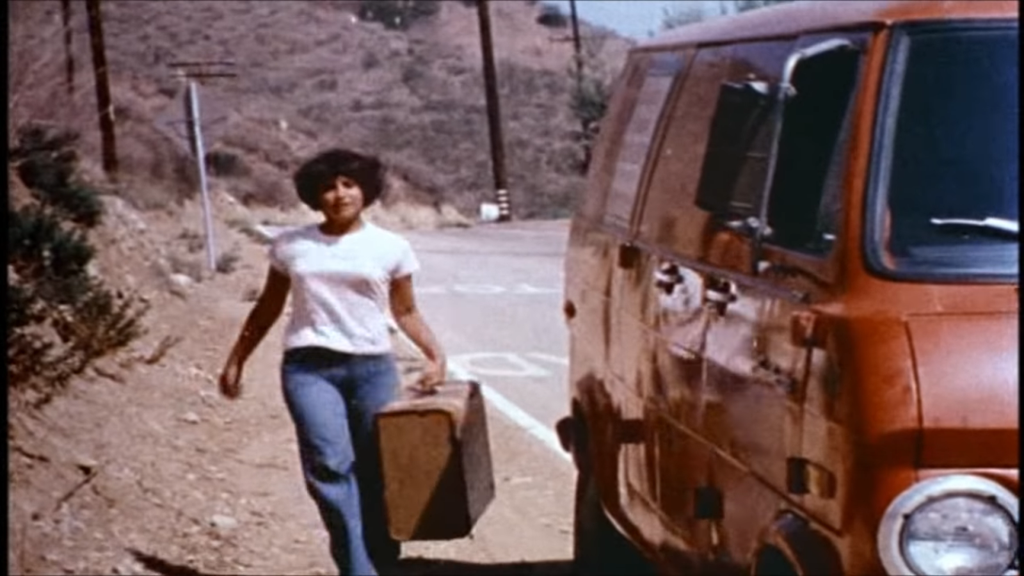 It’s all pretty typical ‘70s exploitation faire, not horrendous by any stretch, but nothing new or unique either. Gribbin’s portrayal of Howard is probably the most interesting thing about it, the character being a Norman Bates type– nonthreatening, but noticeably off. It taps into the growing concern for safety in hitchhiking as well as the popularity of road movies during the era, but it doesn’t have anything particularly new to say about either one.

Hitch Hike to Hell has been restored and released on Arrow Video Blu-ray, but sadly, like the film itself, this release is a bit lacking. If this transfer is the restored version, as it has billed, I shudder to think what the original quality must have been. Scratches, dust and large blemishes are prominent throughout, and because the same negative was used for both versions of the title included on the disc (1.33:1 and 1.78:1) it shows up on whichever one you choose. 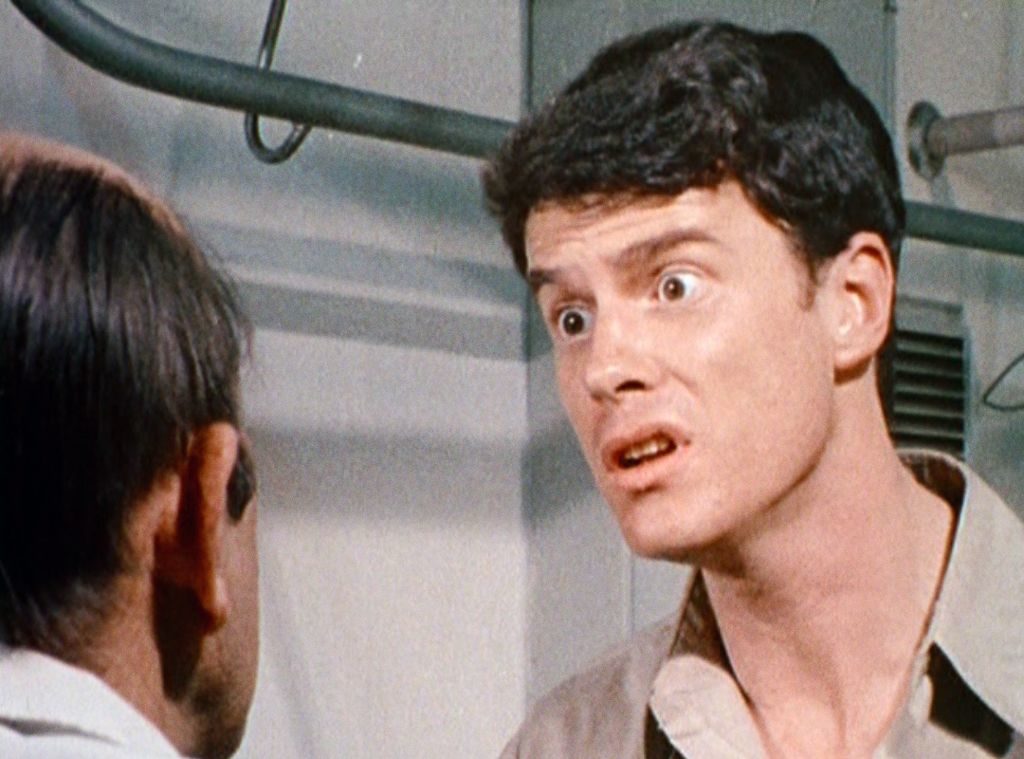 Bonus content, on the other hand, is plentiful and well made. There’s a retrospective about the career of director Irvin Berwick, a video essay on hitchhiking movies, interviews, an alternate opening, trailers, and the original press book. Although it boasts a number of solid supplements, the rough transfer and ho-hum movie itself makes Hitch Hike to Hell a lesser release in Arrow’s vast library of superior titles. Collectors of all things grindhouse may find it worth picking up, but for everyone else, I’d say this is a pass.