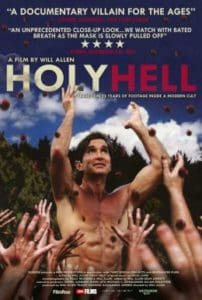 
There’s something that I just find inherently fascinating about cults and the psychology behind those that join and create them. It’s one of those things that I can’t wrap my head around but yearn to understand, so I was naturally drawn to the newly released documentary Holy Hell, which chronicles director Will Allen’s 22 years as a member of the Los Angeles cult, The Buddhafield.

A film school grad, Allen joined the group in 1985 when he found himself in a state of flux, looking for answers and hoping to receive religious enlightenment. After his older sister, who was already part of the group, told him about the powerful experiences it evokes, he joined and quickly became infatuated with their teacher, Michel.

Because of Allen’s background in film, he became The Buddhafield’s de facto videographer, capturing nearly every aspect of their lives, which at first glance appeared more akin to a hippie commune than an abusive cult; but then that’s how they all seem to start.

The film is comprised largely of this footage, which proves to be the one of the most fascinating aspects, garnering unprecedented access into the inner-workings of the cult, spanning over two decades. Peppered in with the footage is Allen himself narrating and interviews with former members with whom he spent such a large portion of his life.

To attempt to understand The Buddhafield is to attempt to understand its leader, the mysterious and ever-so-creepy Michel, an actor turned spiritual master. As Michel’s power and influence within the group increases, so does his villainy, making for an antagonist so bizarrely maniacal that it’s easy to forget this plastic-faced man is actually a real person. 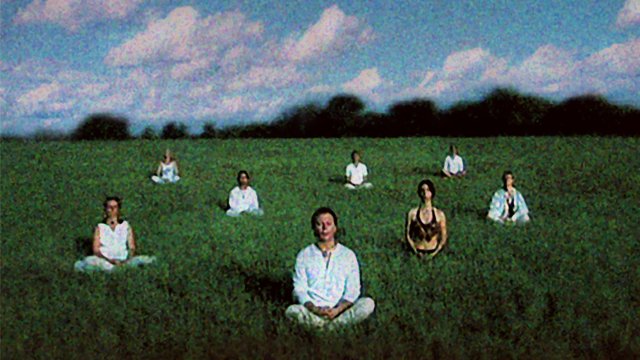 For all these wildly interesting elements, it’s unfortunate that Holy Hell feels like it never digs deep enough into the subject. We see these transcendental experiences that the members are having, claiming to actually have met God, but I would have liked a better explanation as to what the actual belief system was within the group and how so many individuals bought into what Michel was selling.

A deeper exploration into Michel himself would have made the film feel more substantial as well. We learn a bit about his background, but I’m more curious as to how he started the group, his motivations and his end goal. Was the end result his intent from the beginning or was The Buddhafield actually started for more altruistic reasons but then gradually morphed into a monster as Michel became drunk on power?

For all the information that can be gleamed from Holy Hell, I left the film with more questions than answers and would love to hear a follow-up of some sort, especially because Michel still runs the group and appears to be preying on the weak and searching to this day.