A new international poster has been released for the upcoming horror movie Devil’s Due, which revolves around a couple having their first child, only to find that it may be the anti-Christ.  It looks like something of a cross between Paranormal Activity and Rosemary’s Baby, which isn’t the most original thing in the world, but it may provide some cheap scares so I’m in.

Devil’s Due hits theaters in the U.S. January 17, hit the jump to check out the new poster and synopsis along with the trailer.

After a mysterious, lost night on their honeymoon, a newlywed couple finds themselves dealing with an earlier-than-planned pregnancy. While recording everything for posterity, the husband begins to notice odd behavior in his wife that they initially write off to nerves, but, as the months pass, it becomes evident that the dark changes to her body and mind have a much more sinister origin. 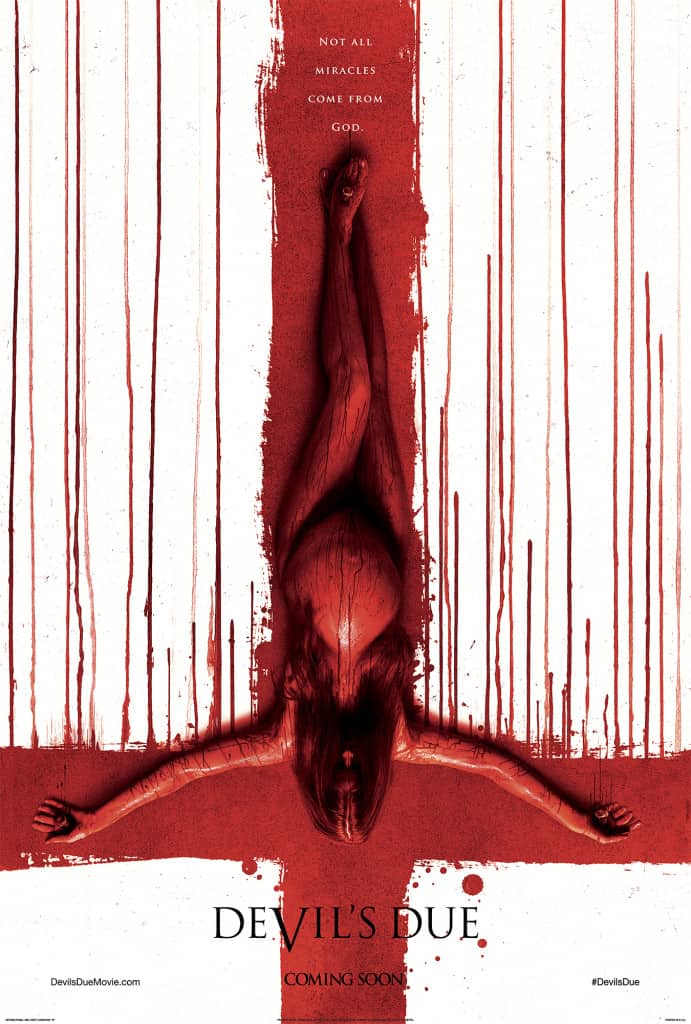