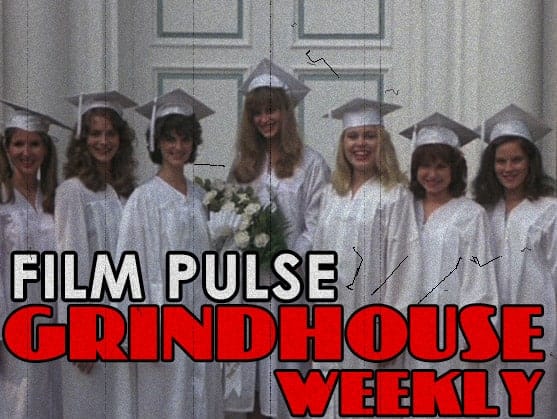 In recognition of the 4th of July, I decided to call on my American roots and go with a movie that reminds me so much of the country I will always call home.  The first Greek letter fraternity in North America (The Phi Beta Kappa Society) was founded the same year as the Declaration of Independence – 1776, making fraternities and sororities inherently American with a history spanning the entire existence of The United States of America.

At this rate we all know that the exploitative grindhouse films of the 1970s made way for the uncontrollable slasher infestation of the 1980s and it was completely out of control by 1983, genre fans were reveling in the contamination.  The early portion of the 80s is considered by most to be the heyday of the slasher subgenre with this week’s Grindhouse offering, The House on Sorority Row, topping many favorites-lists of slasher aficionados (myself included).  A common theme among 1980s cinema (not just slasher films, mind you, but loads of sex comedies and coming-of-age stories as well) revolved around fraternities and sororities.  From Revenge of the Nerds to Night of the Creeps it was a prime location for stories to unfold.  Although, this is not exclusively a 1980s phenomenon, there have been plenty of films set in sororities and fraternities, especially when considering the quintessential proto-slasher Black Christmas from 1974 influencing this setting in horror films of the 1980s; on the flip side, Animal House (1978) can be accredited to influencing the fraternity/sorority-set teen comedies of the 1980s as well.  This is interesting because not only do a majority of Americans not even attend college (right now the rate is just about 20% of the population), even fewer join these exclusive organizations.  These films almost make it look like being a prim and proper douchebag with some Greek letters on their chest is a common occurrence but, I assure you, swamp people and jovial hillbillies are a better representation of the American population. 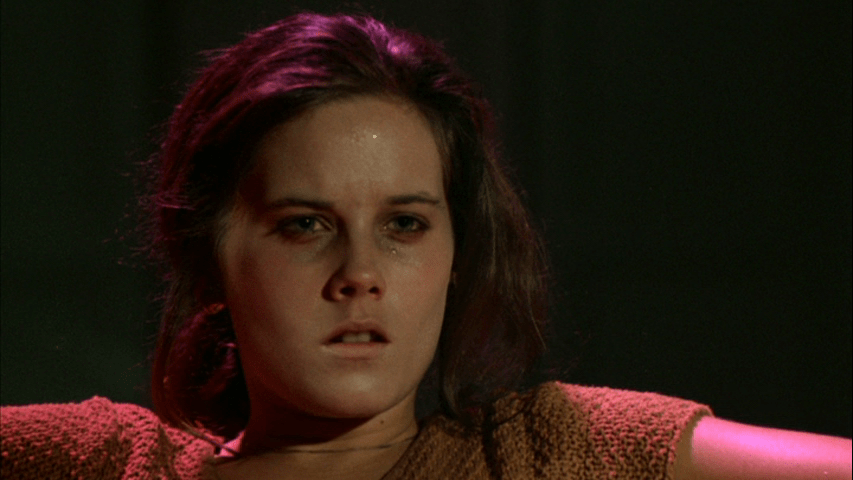 Writer and director Mark Rosman was inspired both by his own experience in college (apparently he must have killed his house mother and watched all of his fraternity brothers be picked off one by one in a single night) and the 1955 classic French film Diabolique.  The House on Sorority Row was Mark Rosman’s debut feature-film and it is rather unfortunate that he did not go on to have a lucrative career directing genre-films, there is a strong possibility that he would have been successful. 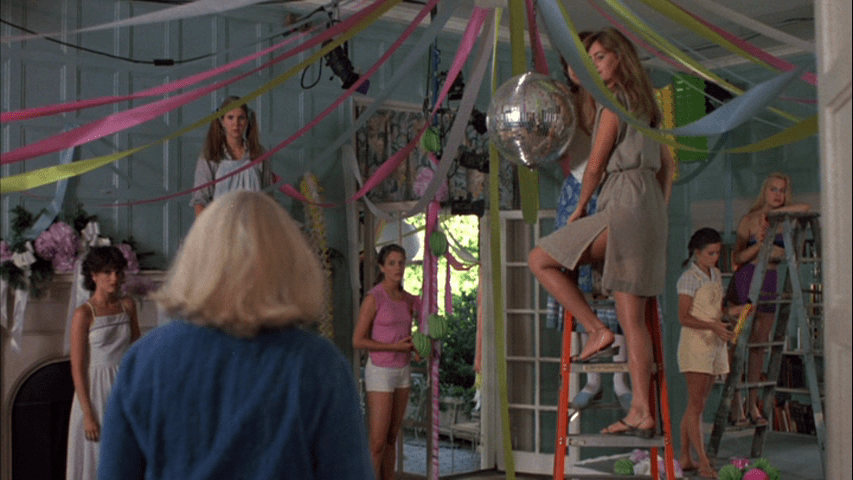 The House on Sorority Row opens with the date “June 19, 1961” and is followed by a scene with a woman suffering a traumatic childbirth.  This woman will come to be known as Mrs. Slater, the strict and overbearing house mother of the sorority.  Flash forward to early 1980s Maryland and graduation is in full swing, the girls are now packing their belongings and preparing for life after college, but first, they are planning a graduation party to be held at the sorority house.  The only problem is that Mrs. Slater always closes the house on June 19th (days earlier than all the other fraternities and sororities on campus) and the crotchety old lady is not willing to make any exceptions.  After four years, Mrs. Slater has become increasingly unreasonable and the seven sorority sisters plan a devious prank on the day of their party, which in a freak accident turns fatal for poor Mrs. Slater.  Instead of notifying the police, the girls hide her body in the unused swimming pool.  The girls carry on with their party and then one by one, in typical slasher fashion, the guilty are picked off with the help of Slater’s cane which sports a bird (with an unusually sharp tail feather) as the handle.  Was Mrs. Slater really dead?  Did someone else witness the murder and decide to exact revenge?

What The House on Sorority Row may lack in gore and sex, it makes up for in atmospheric suspense accompanied with a lovely and haunting score by Richard Brand (the brother of Full Moon mogul Charles Brand), Richard Brand is also known for the music in From Beyond, Re-Animator, Terrorvision and more!  There is a refreshing believability in the girl’s panicked state as the night progresses and this is fully realized with decent performances.  The only actress I recognized the first time watching this was Harley Jane Kozak (Arachnophobia and Parenthood), as many of the other actresses only went on to appear in television shows or, for some, this was their only role (according to IMDb). 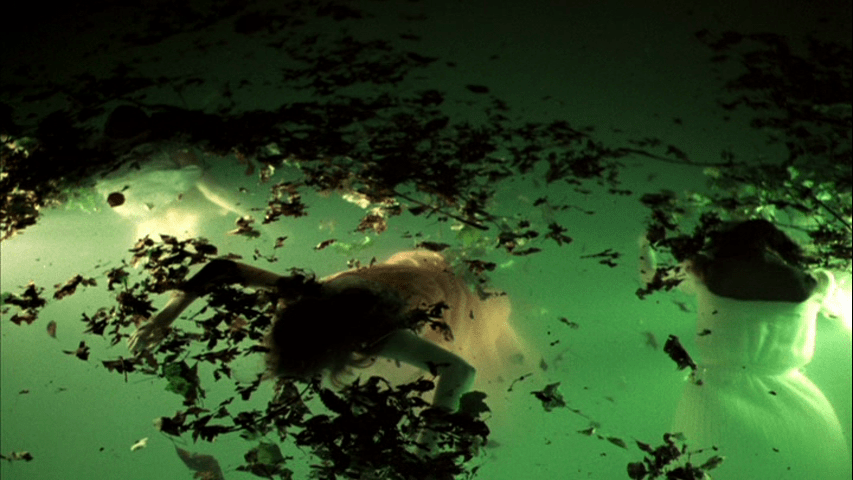 The rather simple death scenes remain quite exquisite and they are gloriously exploited in the wonderful final scenes of the movie, and this wouldn’t be a typical slasher film without the most brutal death being saved for the archetypal “sexually active bitch”.  I love the hallucinogenic scenes towards the end, with a heavy saturation of the color pink and a completely crazed-looking final girl.  While I wouldn’t consider this movie to be slow enough for a “slow burn”-status, the final fifteen minutes are chaotic in comparison to the rest of the running time, resulting in a true “pay off.”

While taking inspiration from various other films, The House on Sorority Row manages to stand out as a memorable, well-made and treasured effort in an abundance of forgettable slasher films.