Drafthouse films debuted a new one-sheet for their upcoming film I Declare War, in which a group of friends engage in an epic game of capture the flag.  The film received a lot of positive feedback on the festival circuit, drawing comparisons to films like Stand By Me and Lord of the Flies.  The film is directed by Jason Lapeyre and Robert Wilson and is set for a VOD release July 26th and will be in theaters August 30th.

Click here to check out the trailer and hit the break for the synopsis and poster. 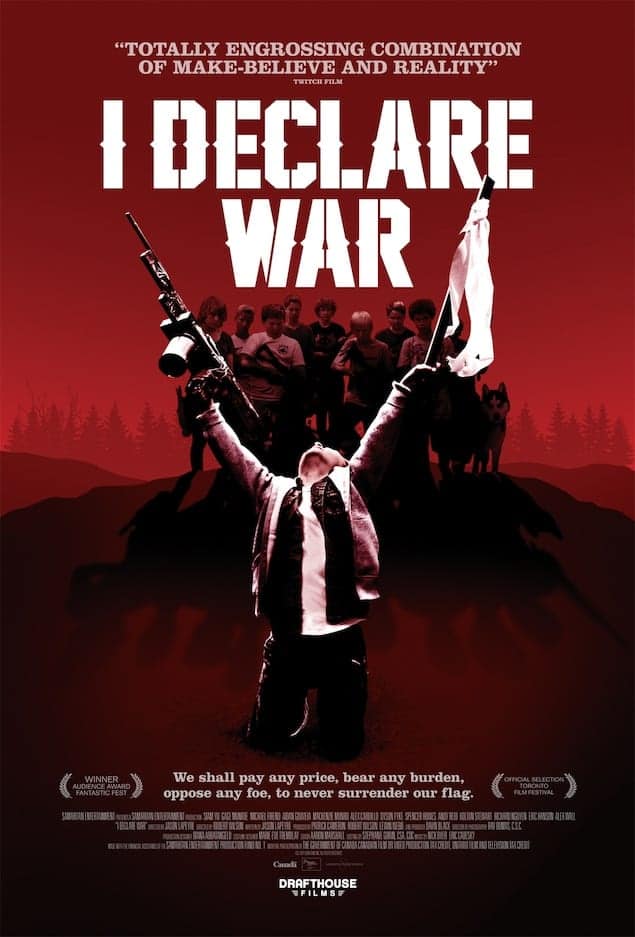 Armed with nothing more than twigs, their imaginations and a simple set of rules, a group of 12-year-olds engaged in a lively game of Capture the Flag in the neighborhood woods start dangerously blurring the lines between make-believe and reality. Rocks = Grenades. Trees = Control Towers. Sticks = Submachine guns. The youthful innocence of the game gradually takes on a different tone as the quest for victory pushes the boundaries of friendship. The would-be warriors get a searing glimpse of humanity’s dark side as their combat scenario takes them beyond the rules of the game and into an adventure where fantasy combat clashes with the real world.