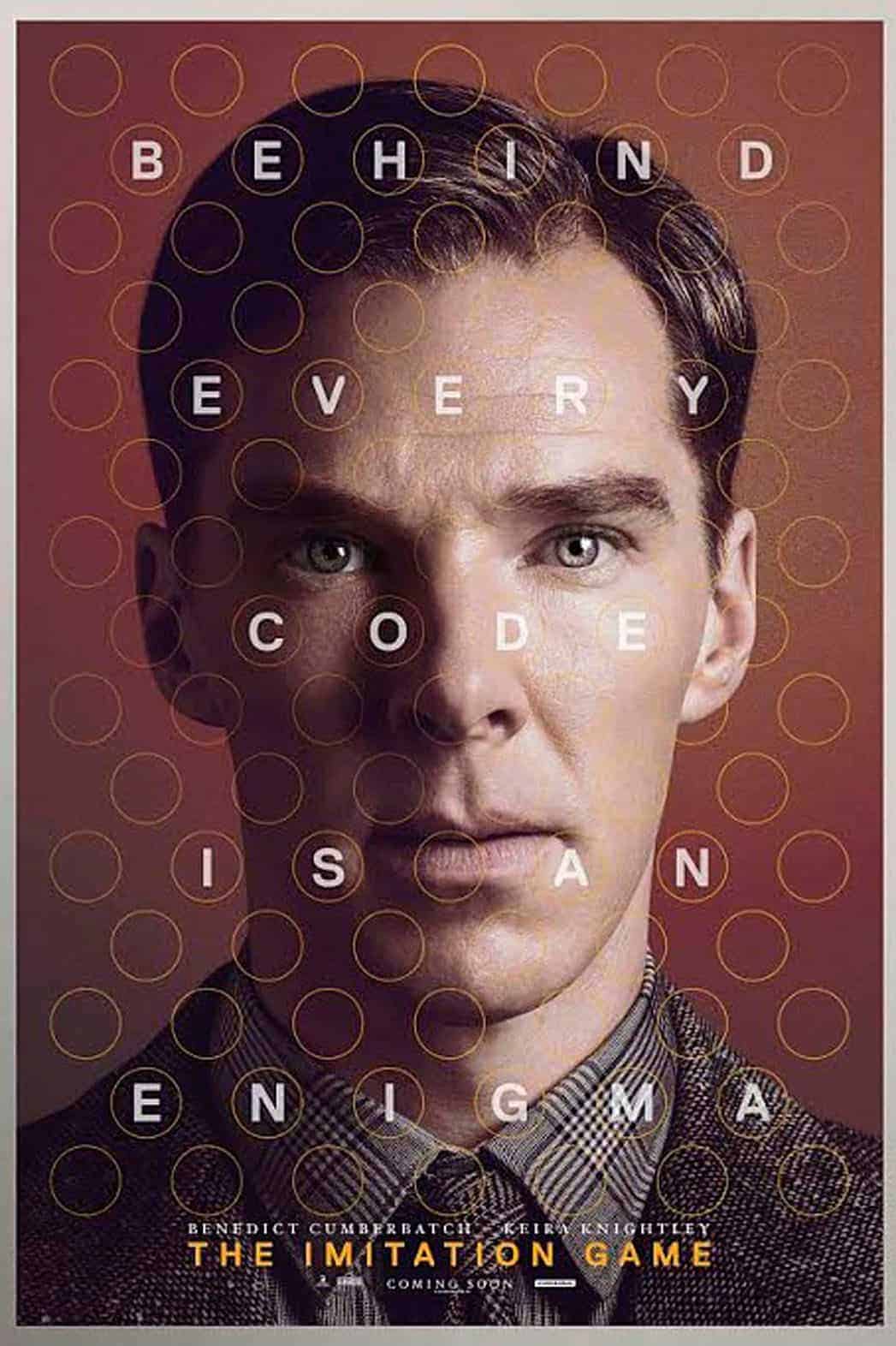 While watching The Imitation Game, I was reminded of two other British films from the last decade: The Queen and The King’s Speech. All three are similar in tone, have just the right amount of humor and pathos, present memorable moments in British history, and contain award-worthy performances. The mark made by this film is in celebrating a nearly unknown and tragic figure who played a key role in the winning of World War II.

At the film’s center is Alan Turing (Benedict Cumberbatch), a brilliant mathematician who found his way to Bletchley Park in England, where bright minds worked to decipher Germany’s thought-to-be-unbreakable Enigma code.

The film’s most enlightening introduction to Turing is shown in 1939, when Turing offers his services to Commander Denniston (Charles Dance). That he has been gifted with an extraordinary brain is not in doubt, but his social skills are woefully inadequate. It is this aspect of Turing’s character that provides most of the film’s humor; he is never “in on the joke,” creating funny moments.

Turing argues that – to crack the Germans’ Enigma machine, which encodes their military strategies – it will take a machine to beat a machine. He therefore wants to build an early version of what would eventually become the modern-day computer. The team leader is Hugh Alexander (Matthew Goode), who, along with Denniston, denies Turing the money needed to build his code-cracker.

Joan Clarke (Keira Knightley) plays the only woman on Turing’s team working to break the Germans’ code and someone who becomes Turing’s truest friend at Bletchley.

Director Morten Tyldum and Moore’s screenplay figure out a way of simplifying how Turing’s machine ultimately breaks the code. It is an incredible, seminal moment in the film just as it was in the war itself. By decoding Enigma, Turing and his team help bring the war to an end and save millions of lives that would certainly have been lost.

The film makes use of flash-back and flash-forward techniques. We are taken back to the late 1920s when Turing is a boy in boarding school who suffers at the hands of bullies and who falls in love with a classmate named Christopher. We then jump ahead to 1951 when Turing’s home is burgled but nothing is reported taken, leading a policeman to become suspicious.

Both time periods are linked to Turing and his time at Bletchley, but one could argue that neither adds much to our understanding of who Turing was as a man.

The amazing story of breaking the code is well told by Moore’s script and Cumberbatch’s ingenious portrayal of Turing. Cumberbatch is considered a lock for an Oscar nomination and has a chance of taking home the gold. It will be a well deserved nomination, as he deftly swung for the fences and hit it out of the park with this performance. He was also ably supported by Knightley, Dance, Goode and the rest of the small cast. It was a privilege to witness Turing’s place in history forever captured on film – and what a fine film it is.