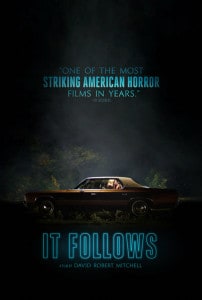 You have sex with someone; you contract herpes; and it’s yours forever. No matter where you go, no matter how far you try to get, it will always be with you, and, if you’re not careful, it can be passed on to the next person you have sex with. In some cases you may not know you’re infected until it’s too late. Horrifying notion isn’t it?

It’s a hard fact of life, and the thought of contracting an STD can certainly ruin one’s mood or even terrify those clinging to their virginity. While not flat out saying so, David Robert Mitchell’s horror parable, It Follows, attempts to explore and exploit that medical truth.

After a sexual encounter with a young man that she liked, Jay Height (Maika Monroe) is told that she has been given a supernatural curse that will follow her everywhere until it gets ahold of her and kills her. That, or she must pass it along to a new person by having sex with him.

This force can only be seen by those who have been marked, and it can manifest itself in the form of someone they know or a complete stranger. Terrified and confused, Jay seeks the help of her sister and friends, who think she’s losing her mind, to help find the cure to end this curse forever. Meanwhile, it follows.

Writer-director Mitchell had a unique idea, a supernatural curse that can only be passed on through sex. Sex has always been a staple in the horror genre. If you have sex, you’re going to die. It’s a plain and simple truth in the genre. This curse was contracted through sex, and sex is the only way to pass it on. Now the question of who you have sex with becomes less about carnal desires and more about knowing that you can potentially kill them. 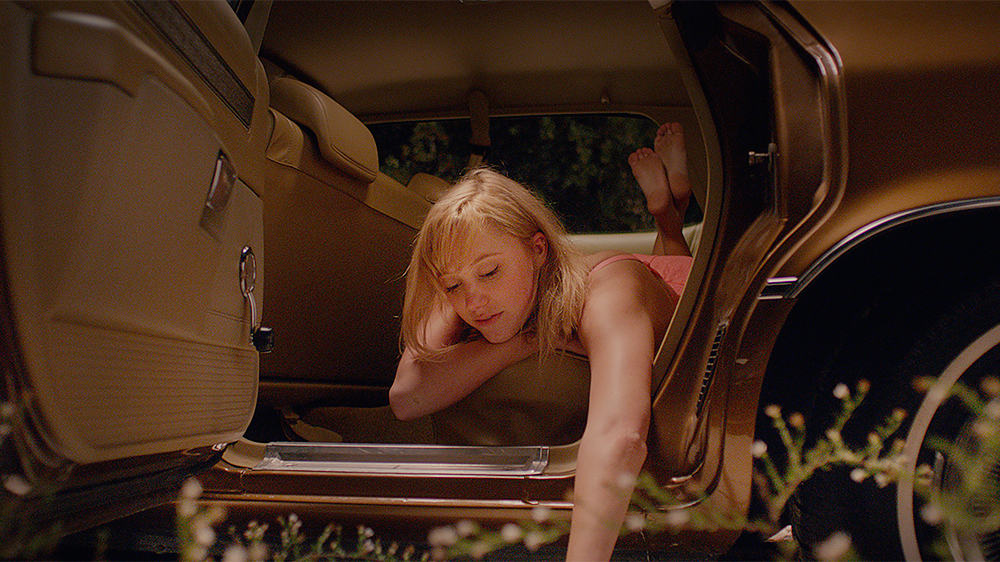 Do you tell them? Do you warn them? This moral quandary is explored to an extent by Mitchell, and that is where the film is at its best. However, when the film reaches a certain point, about halfway through, it becomes unintentionally funny, corny and it really begins to drag along at a snail’s pace. At this point you can’t help but recognize countless moments that you have seen in other films, and the Elm Street franchise is certainly amongst those films. It went from intriguing psychological/supernatural horror to derivative, for the masses, by-the-numbers horror schlock, and I couldn’t wait for it to end.

It is a shame as the film wastes a very strong performance by Maika Monroe, last seen in The Guest. She does a very good job of conveying the terror and fear and how it is wearing her down as the film progresses. However, there’s a particular pool scene near the end of the film where she doesn’t shine, but the blame for that can be placed on the director and writer. She ably carries the film, and overall she was the only significantly notable part of it.

The film started out well enough and was engaging up until it became a conventional and tired retread of countless other horror films. It really became rather dull that even a WTF moment could only illicit a mere shrug. Mitchell had an intriguing idea, but he failed to stand on his own two feet. Had he stuck with the psychological/supernatural angle, perhaps he may have had something notable. As is, It Follows doesn’t do the job.

One Response to “IT FOLLOWS Review”