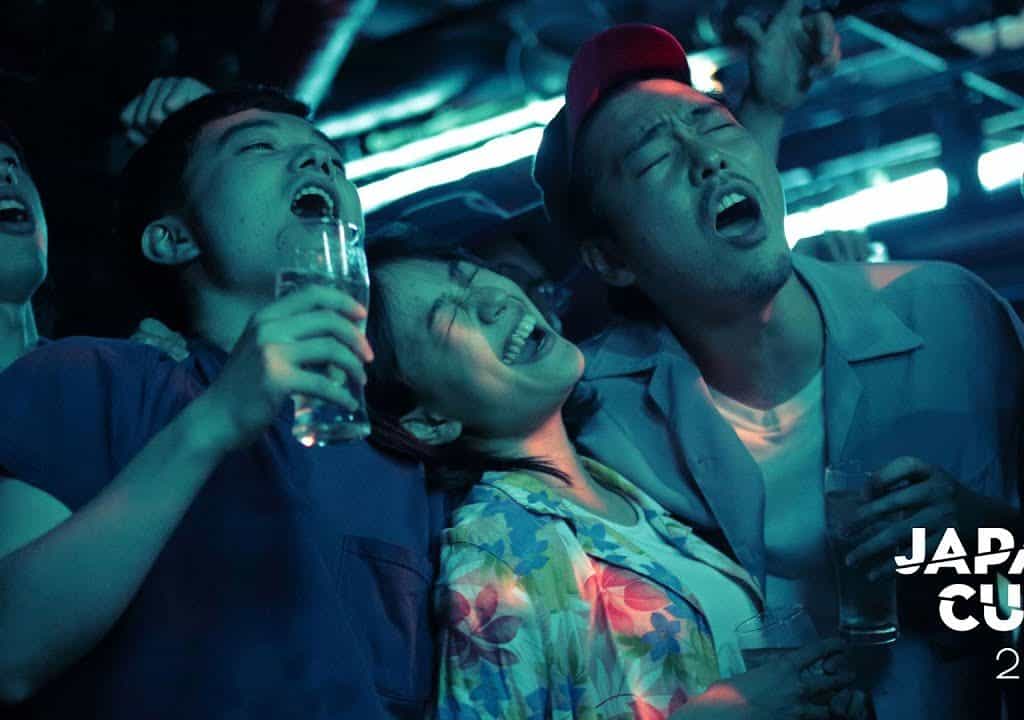 Deep into the blue haze of the dead-end Northern Japan depicted in And Your Bird Can Sing, Sachiko (Shizuka Ishibashi) turns to her nameless boyfriend and coworker (Tasuku Emoto) and states quite definitely, “I don’t want any drama.” In context she is requesting the lopsided love triangle built between herself, him and roommate shizuo (shot a sometani) through their endless Nights drinking together won’t be taken into awkward territory.

This simple bit of dialogue could stand in as the mission statement of Sho Miyake’s adaptation of the popular novel of the same name, a love triangle film that is utterly averse to the idea of conflict in any form. Steeped in the silent tragedy of the aimless Millennial existence, which sees no prospect for a future, And Your Bird Can Sing is a film where nothing happens, and that is kind of the point for those who have the patience to stick with it.

Set primarily in the nightlife of Hakodate, the film revolves around these three twenty-somethings whose only pleasure in life comes from the liters of alcohol they pour down their throats whenever they get the chance. Sachiko and the nameless other lead begin a relationship more out of convenience than anything else, as they work at the same bookstore, are both unattached and spend their days working and nights drinking, dreading the next day.

Eventually adding his roommate to the equation, the unemployed Shizuo to their perpetual Lost Weekend, the film partakes in scene upon scene of drunken revelry in the gorgeously shot nightlife of Hakodate as the story finds itself in a repeating, existential rut. Inevitably the formation of a love triangle between the three is hinted at, but the drama is so loosely defined in And Your Bird Can Sing that it seems negligible that these characters are, in essence, drinking themselves to cope with the vacuous existence of being a twenty-something in Hakodate. 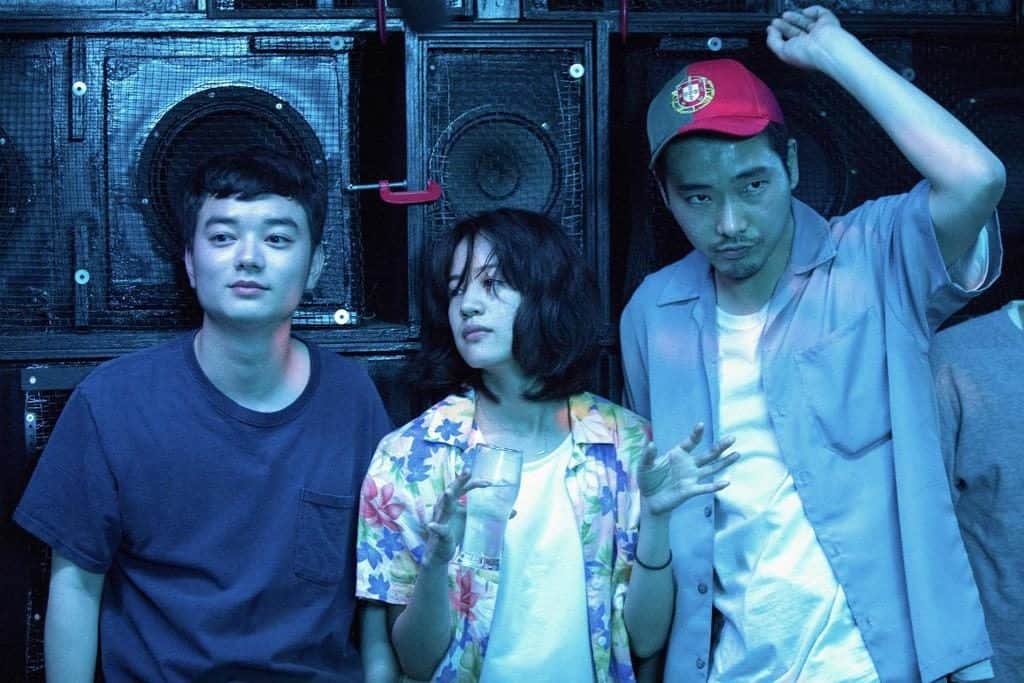 While the film doesn’t have any big dramatic scenes or plot developments to speak of, Miyake holds your interest through the subtle manner in which he captures these characters’ anxiety. Their lives — utterly mundane, ordinary and soothed only by the sweet release of alcohol — are deceptively relatable and speak volumes to how tragic these characters are without needing to put a pin in it.

They invoke pity despite the assumption that this is how many like-minded young adults in Northern Japan see life without the prospect of a future and nothing else to fill their time. The muted but (ironically) sober performances of the cast (especially Emoto) give credence to this oppressive sense of dead-end youth.

Equally so, the work of cinematographer Hidetoshi Shinomiya is a marvel in itself for establishing such a powerful mood to the characters’ utterly quotidian lifestyles. Capturing the nightlife of Hakodate with naturalistic camerawork, the film highlights what raw beauty neon-lit streets being bathed by the rising sun can have to the drunken sensibility. The mood it creates is almost dreamlike at times, saturated with hazy blues and natural lighting that underline the Lost Weekend vibe of their joint stupor.

There is an eight-minute scene (set in the bluest nightclub ever put to celluloid) wherein a drunken Sachiko dances by herself without a single piece of audible dialogue, and it is downright astonishing to behold despite literally nothing happening that impacts what little story there is. If you cannot stand another movie in which moderately well-off adults find existential release in the simple pleasures of doing nothing, then the visual palette on display in And Your Bird Can Sing should at least hold your interest long enough to reconsider.

It might be a quiet drama, one where people just drink and talk a lot, but I for one was captivated by the implications And Your Bird Can Sing puts forth for the precarious Millennial condition. Sachiko, Shizuo, the nameless protagonist and their endless Bacchanalia on the light-soaked streets of Hakodate is marked by quiet tragedy which, once recognized, gives Miyake’s film such weight. If you can stand by its eventless digressions, there is something rewarding and sobering at the bottom of this glass.