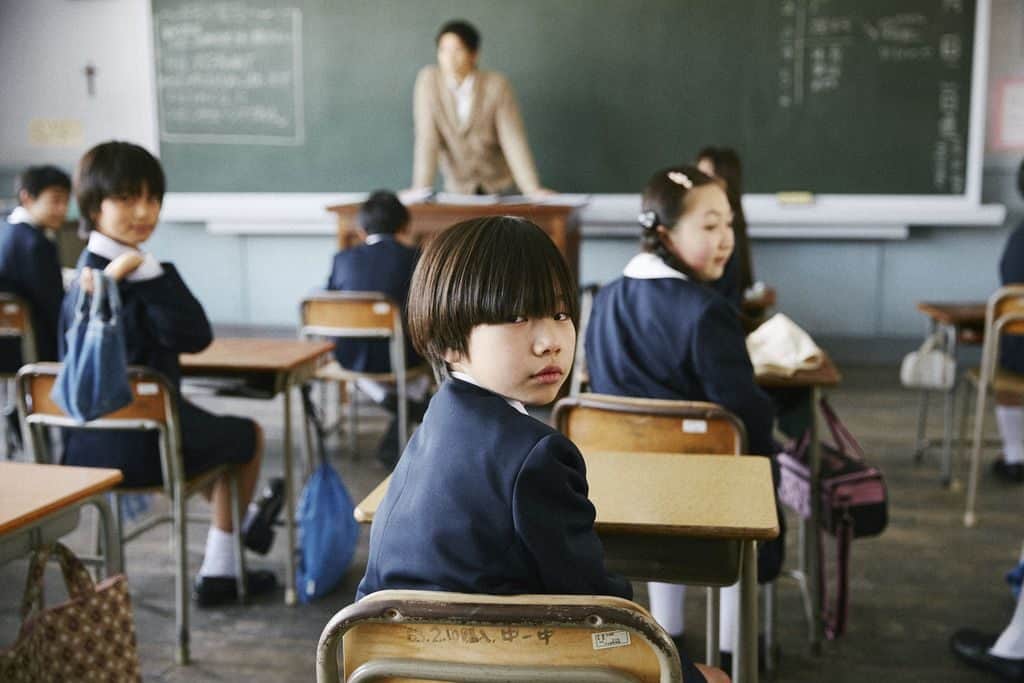 Frequently throughout Hiroshi Okuyama’s debut feature, a miniature figure of Jesus Christ (Chad Mullane) appears before a young fourth-grader whenever he prays for him to appear. Yura Hoshino (Yura Sato) is not a Christian himself and only knows of the figure through inadvertently attending a Christian school.

His mini-Jesus does not impart any wisdom or speak at all really to him about his problems or why he is invoking his name in half-hearted worship. Mostly he appears (through the help of painfully obvious superimposition) to do some halfhearted gags revolving around him being small – playing a round of kamizumo, running around on a record player as it spins, etc. 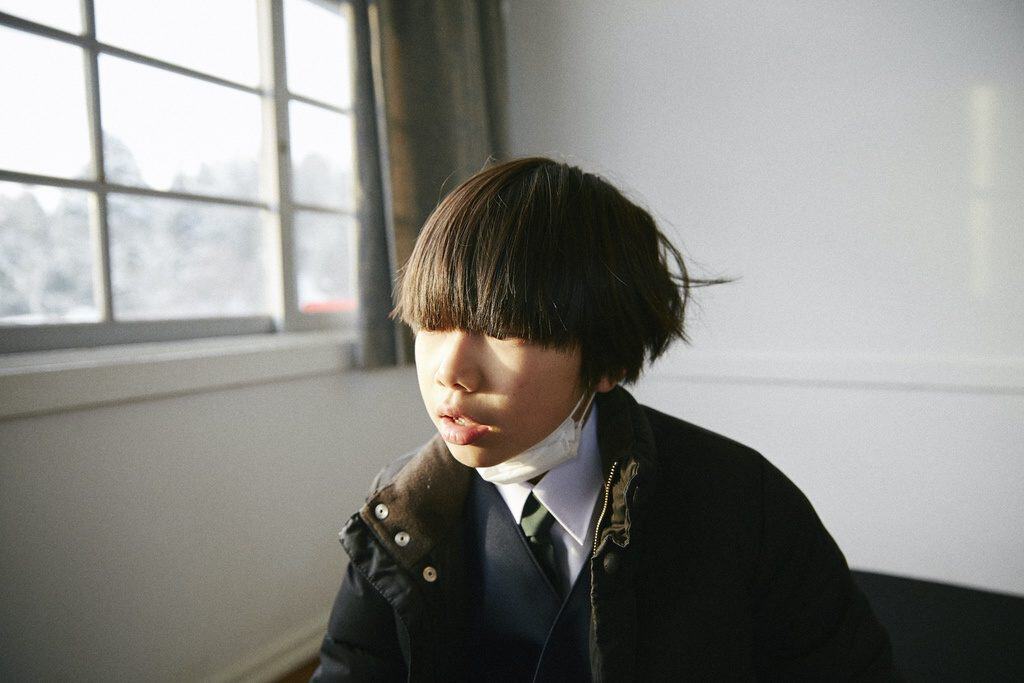 I suppose the idea of a tiny, mute Christ being Yura’s imaginary friend naturally carries some humor with it, but the inconsequential manner in which Jesus utilizes its core concept is frankly baffling. The complete refusal to do anything substantial with its premise makes this barely-feature-length film a surprisingly painful coming-of-age slough.

The absolute weirdest thing about Jesus is how utterly typical it is even with a lil’ Jesus among its cast of characters. Boiling it down to its essential essence reveals Okuyama’s film to be a standardized “new kid in town” bildungsroman of a peculiar and shy 9-year-old who gradually learns to come out of his shell and situate himself within his new environment.

The scenic switch he experiences from Tokyo to a small, mountainous town can be a traumatic one, all things considered. In the manner that Okuyama dramatizes it, however, it is presented more as a natural processes with no adversity or roadblock preventing him from acclimating. 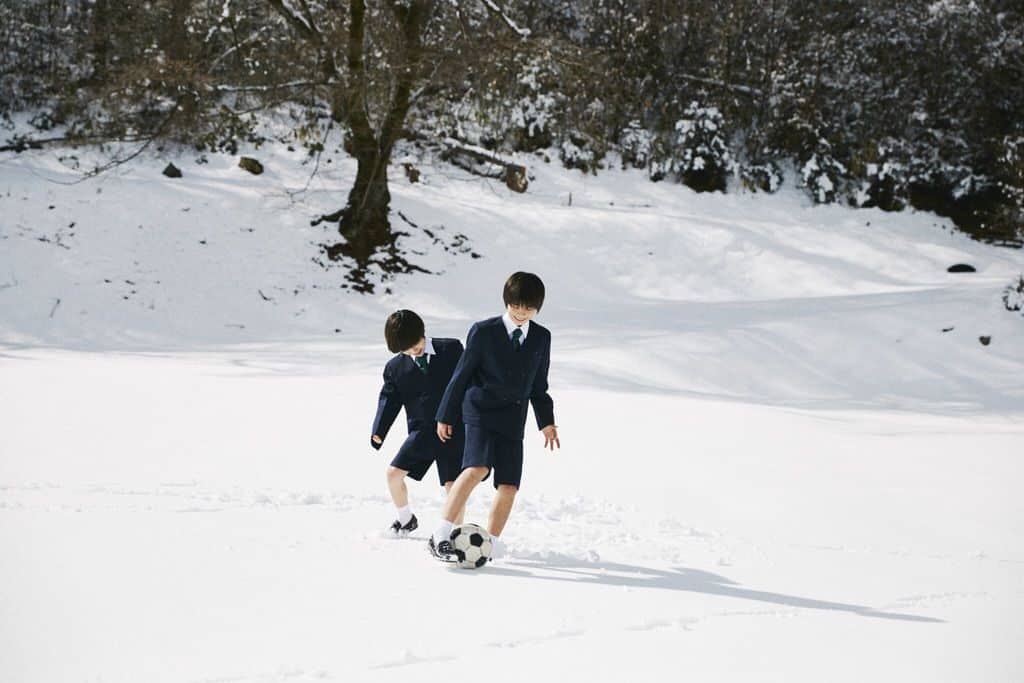 The fact that he constantly sees a 5-inch-tall manifestation of Jesus doesn’t even stymie him finding a best friend or fitting in at a devout Christian school, despite him never even hearing of the religion before his enrollment. After the appearance of the pint-sized savior, accompanied with digital fairy dust and a chorus of hymns, Jesus enters into a somnambulant stupor that somehow reaches to feature length.

Jesus struggles desperately to validate its length, and despite its best effort to expand its paper-thin plot, it never truly shakes off the implication that this once worked better as a short proof-of-concept film. It manages to meander forward by suggesting the possibility that its religious overtones will in some way amount to something substantial in the life of Yura, but nothing materializes out of his mute relationship with the minuscule messiah. 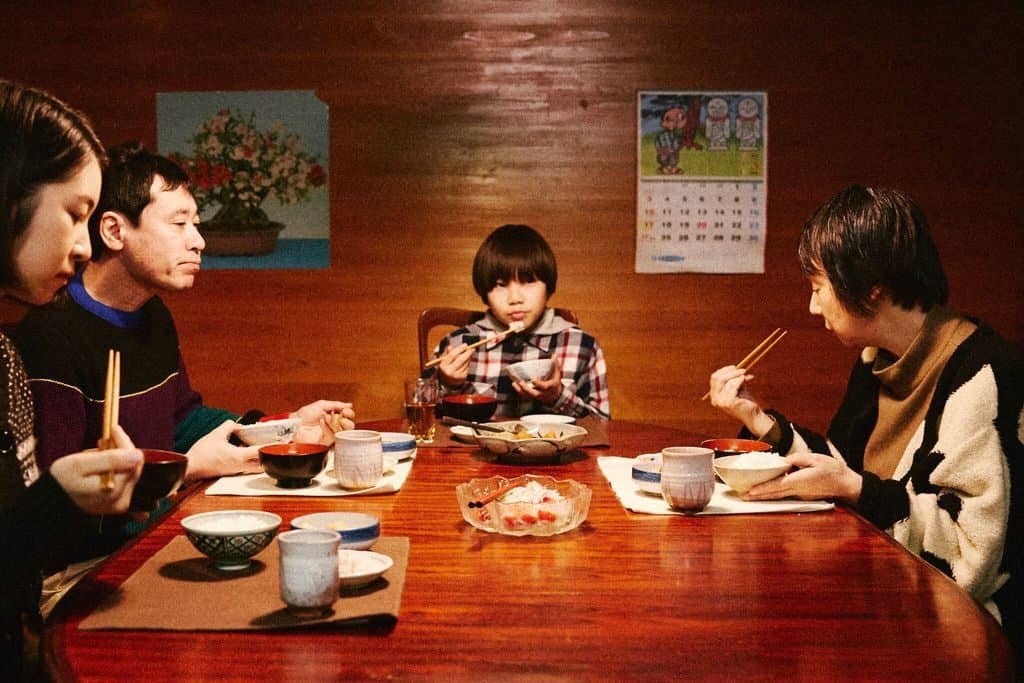 There’s opportunity in Okuyama’s concept to expand on what it feels like to get exposed to religion at a young age and how a child works through the idea of an all-seeing deity using his active and playful imagination, but Jesus is much more interested in gawking at the tiny deliverer doing inane things. Frustratingly, nothing happens in Jesus, and what does happen is so underwhelming and devoid of any grander inference that it’s all made moot.

Jesus had a lot of hype surrounding it, based solely on the hook that one of the somewhat-central characters just happens to be a small-scale savior who appears only to assuage the religious conundrums of a grade-schooler. Of course like most cases of hype preceding a film’s release, you get sold an elevated expectation, and whatever the movie actually ends up being pales in comparison to what you were hoping it to be. That’s not the case with Okuyama’s Jesus. It’s just a monotonous waste.