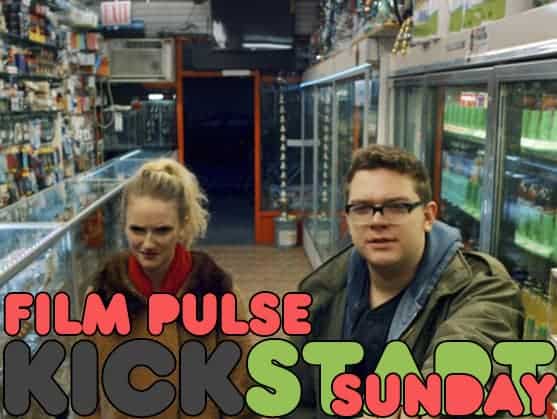 This week’s Kickstart Sunday pick comes to us from writer/director Peter Vack and his feature comedy Assholes, a story about two former addicts who meet at their psychoanalyst’s office, fall in love, and relapse big time turning into the biggest assholes in New York City- a tall order to fill.

The film has been accepted into this year’s SXSW as part of the Visions lineup, but the filmmakers need our help with the finishing funds that will complete the film by March. This Kickstarter campaign is looking to raise $16,800 with 14 days remaining as of this writing, so be sure to check out their project page here and consider sending a donation their way.

Take a look below for more info.

Assholes is a feature film about Adah Shapiro and Aaron Mark, two sober drug addicts who, after meeting in their psychoanalyst’s waiting room, fall in love, relapse, and become the biggest assholes in New York City.