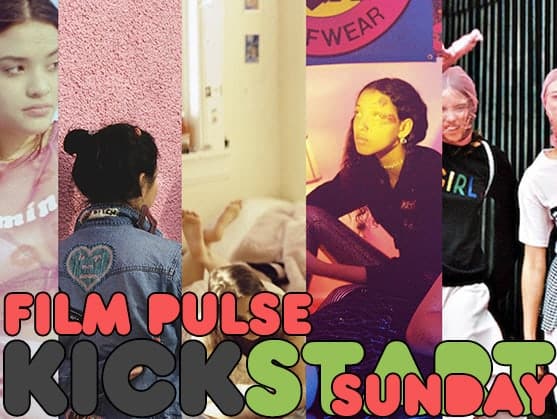 This week’s featured crowdfunding project comes to us from director Rachel James and her short film Big Bad Wolves. This thriller involves four best friends who become a vigilante group after one of them falls victim to abuse by a boyfriend.

This Kickstarter campaign currently has 25 days remaining as of this writing, with a project goal of $35,000, so be sure to click here and send a donation their way today!

Big Bad Wolves tells the story of 4 teenage girls in Brooklyn whose transformation from BFFs 4EVA to violent vigilante gang is set in motion by a violent encounter at the end of a pier in Coney Island one humid July evening. Zoya and her friends, Cleo, Ronnie, and Hen are ready for the best summer ever. Strutting their stuff in unison through grimy subway underpasses and housing project hallways — these selfie queens are fierce, fabulous and undeterred by their less than glamorous catwalk. Likes and retweets abound.

But when Cleo’s on-again off-again boyfriend, Taylor, crosses the line of abuse, the girls make a pact to protect Cleo and keep her from harm’s way. A run in with Taylor at a Coney Island dance party tests the lengths to which they’ll go keep that pact. Revenge fantasy becomes vivid reality. As the sun comes up, the girls jump off the pier into the ocean, cleansing themselves of the bloody evidence on their hands and clothes and forever sealing their fate.