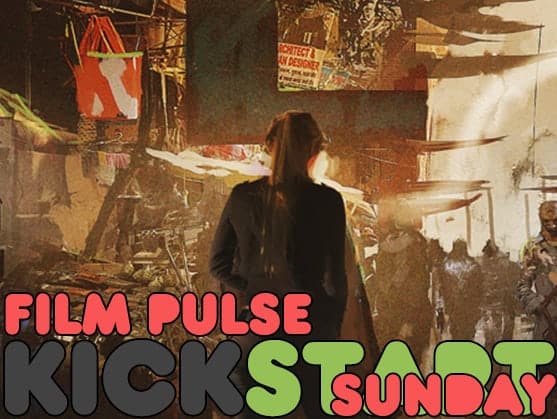 This week’s Kickstart Sunday pick comes to us from Dresden Pictures and their upcoming film Biopunk. Directed by Liam Garvo, the film aims to be a cyberpunk thriller taking place in a dystopian future where humans have been transformed into a new breed of species called altereds.

This Kickstarter campaign is for a proof of concept short that will hopefully be used to pitch the project to a studio for feature length consideration. Be sure to check out the campaign page here and consider throwing a donation their way! This project has a goal of $24,978 with 10 days remaining as of this writing.

Take a look below for more info:

Biopunk is an independent sci-fi film full of action, mystery and unique characters.

Set in a world devastated by a mysterious virus, the human race no longer finds itself the dominant species. Decades of infection have transformed swathes of the population. These new breeds have become known as Altereds. Corralled into ghettos and treated as second-class citizens, a fragile new world has emerged.

Biopunk follows the story of Resha, a street-smart Altered struggling to make a living whilst raising her younger brother Kio. When Kio is kidnapped by the militarized faction of the Altereds, she is forced to venture beyond the city’s limits in a race to rescue him before he can be turned into the ultimate weapon.