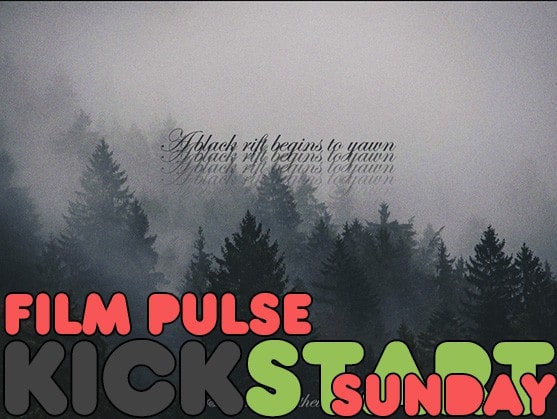 This week’s Kickstart Sunday pick comes to us from director Matthew Wade and his upcoming film A Black Rift Begins To Yawn. We’ve been a fan of Matthew’s work since first checking out his film How The Sky Will Melt a couple years ago, and this new project sounds like it’ll be right up our alley.

Unlike most of the projects we highlight in this feature, this film is not using a specific crowdfunding platform and instead looking for direct donations to help get funding. Don’t let that suede you though, this is definitely going to be a project worth giving to, so head over to matthewade.com/donate and consider donating today!

A Black Rift Begins to Yawn is a new feature called a “slow burn horror,” “a thriller”, and a “mystery story” by readers involved in its creation. The film is inspired by the minimalist works of Ingmar Bergman, the colorful strangeness of Paul Morrissey, German Expressionism of the 20’s (like Nosferatu and M), and the tension of films like Nagisa Oshima’s Empire of Passion and Jacques Tourneur’s Cat People.