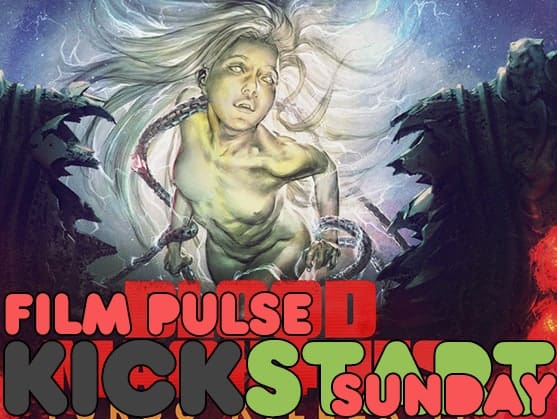 About a year ago I saw this awesome music video for Carpenter Brut‘s song Turbo Killer- a throwback to glorious ’80s genre cinema and music videos. Sure, nostalgia is all the rage now and we’ve seen a boatload of other films emulating this style, but Turbo Killer was so well-crafted it easily stood above the rest. Now, the directing duo behind Turbo Killer, Seth Ickerman, are taking to Kickstarter to fund the feature-length sequel to the music video in the form of Blood Machines.

The film revolves around two space hunters who shoot down a ship only to release the ghost that inhabited it. Curious about this apparition, they chase the entity through space. That’s enough to peak my interest.

Blood Machines is currently in funding on Kickstarter with a campaign goal of $80,000 and 31 days to go as of this writing so be sure to click here and head over to their project page and donate today.


Two space hunters are tracking down a machine trying to free itself. After taking it down, they witness a mystical phenomenon: the ghost of a young woman pulls itself out of the machine, as if the spaceship had a soul. Trying to understand the nature of this entity, they start chasing the woman through space…