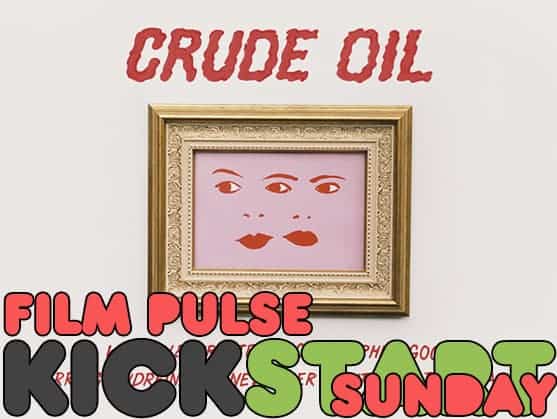 One of my favorite shorts from this year is Christopher Good‘s comedy Brad Cuts Loose. It was featured in a Kickstart Sunday way back in March of 2016 and Kevin reviewed it a year later when it came out, scoring it a 9 out of 10. That said, it’s a complete no-brainer that we wouldn’t want to feature Good’s next project on here, a short titled Crude Oil.

This Kickstarter campaign currently has just 4 days remaining with a goal of $15,000, so be sure to click over to the project page here and send a donation their way. While you’re at it be sure to tell your friends. Check out the campaign video below along with an embed for Brad Cuts Loose, and trust me, that one’s worth your time.


The short film we want to make is called Crude Oil. At its heart, Crude Oil is about a young woman growing out of, and breaking free from, an overbearing friendship and learning to recognize and assert her own talents and feelings and desires. It’s about pulling away from someone you might be too close with and discovering how much of you gets left behind as a result.

The film’s going to be full of very real and raw human emotion, and that’ll be combined with a filmmaking style that’s surreal and stylistically bold. In other words, sort of mashing up the ways in which intense and deep-seated feelings manifest themselves in our unconscious life (i.e., through dreams) with the ways in which they can erupt in, and at times bulldoze, our waking life.

I think Crude Oil will be funny, moving, surprising, and really entertaining. It’s gonna be passionate, aggressive, innovative filmmaking, and with your help we can make it come to life!