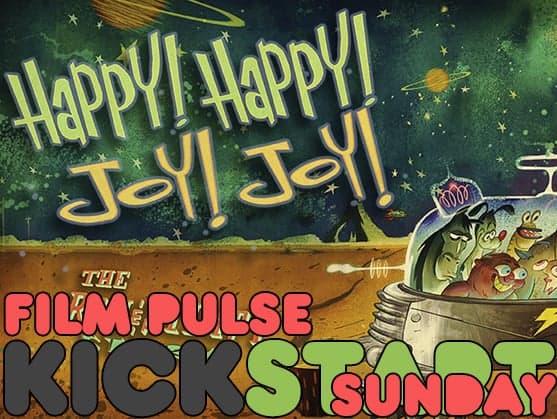 This week’s Kickstart Sunday pick comes to us from directors Ron Cicero and Kimo Easterwood and their documentary Happy Happy, Joy Joy – The Ren and Stimpy Story. As an obsessive Ren & Stimpy fan as a kid, I would love to check out a doc that explores the shows creation and those involved in the making of one of the original Nick Toons.

This Kickstarter campaign currently has 5 days left as of this writing with a goal of $289,400, so be sure to click over to the project page here and consider sending a donation their way!


If you were a child of the ’90’s or have seen Adult Swim, you have experienced the subversive influence of Ren & Stimpy. On an upstart cable TV network for just 4 1/2 seasons, Nickelodeon’s groundbreaking cartoon shocked parents, thrilled kids and killed — in a comedy sense — everyone from art students to stock brokers.

The departure of John Kricfalusi, the show’s creator, has been well reported. What has largely been ignored is Ren & Stimpy’s impact on comedy and popular culture. Because of John’s exodus, many of those on the show refused to speak publicly about R&S for the last 25 years. But now, due to persistence and the passage of time, dozens of the Ren & Stimpy artists, writers, directors, producers and executives have shared their experiences and insights with us for the first time. We have also captured interviews with super fans and celebrities.

We are incredibly excited to share this story with you! Please take a look at the rewards, choose one (or three!) and help us finish the film. You will land some killer swag, help some of the original Ren & Stimpy artists, and contribute to the independent documentary community.