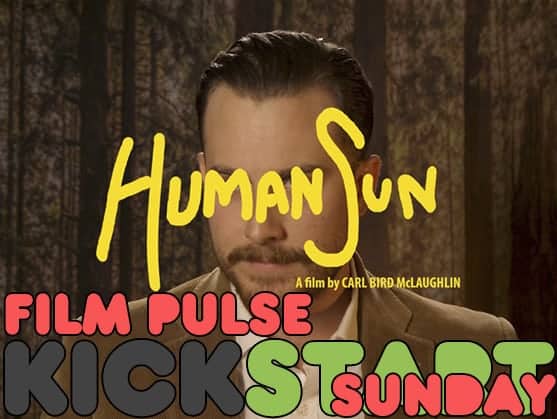 This week’s Kickstart Sunday pick comes to us from director Carl Bird McLaughlin and his short film Human Sun. This dramatic comedy revolves around a motivational speaker who teeters on the verge of a complete mental breakdown right before he has to perform a show. I really dug the campaign video for this one and would assume the comedic style will carry through to the actual film.

This Kickstarter campaign is looking to raise $18,000 with 23 days remaining as of this writing, so be sure to check out the project and consider sending a donation their way.


“Motivational speaker and spiritual guide, Corey Forsythe, is having a mental breakdown—and it’s showtime. His only hope comes from an unassuming source.”

Human Sun is a short dramatic-comedy written, directed, and starring Carl Bird McLaughlin. The story follows Corey Forsythe—a successful motivational speaker and spiritual guide—before, during, and after one of his shows. Corey is falling apart; namely from depression, suppressed anger, and acute paranoia stemming from the belief that he’s losing his mind. This all begins to physically manifest itself on stage in front of his enthusiastic audience, as well as offstage, after the show, when one of his followers gives Corey some unexpected wisdom.

Put simply, this film is about a man who dedicates his life to helping others, meanwhile he is unable to help himself. Sometimes we have the tools to do good unto others, but we leave ourselves behind.