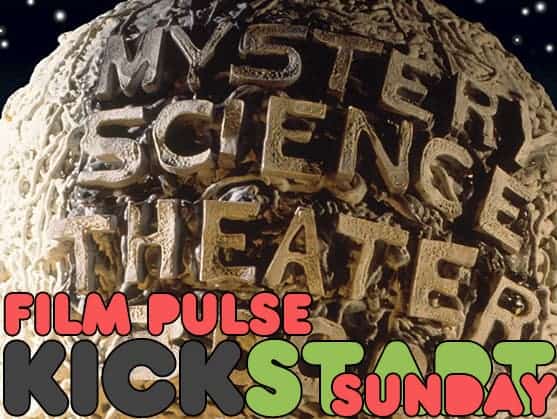 A lot of people around the net are already buzzing about the Kickstarter to bring back Mystery Science Theater 3000 (MST3K), but I would be remiss if I didn’t give it a mention on this feature. Series creator Joel Hodgson has decided the time is right to bring the series back and is leaving it up to the fans to decide how many new episodes get made.

The campaign has a goal set for $2 million, something they’ve nearly achieved in 48 hours, which will cover the cost of three new episodes. The more stretch goals they hit the more episodes will get made, all the way up to $5.5 million for a full 12-episode season. This isn’t the first campaign I’ve seen do this, but it’s a nice way to not only provide more content for backers and fans, but also acts as something of a measuring stick to gauge audience interest. If this Kickstarter is a runaway success, it’s entirely possible networks or streaming services like Netflix or Hulu may come calling.

Having grown up with this show, constantly watching reruns on the Sci-Fi Channel (back before it was inexplicably rebranded to Sy-Fy), there’s a solid bit of nostalgia at play here, but I’ve always appreciated the show for bringing to light some hidden B-movie gems and exposing people to them in a fun and entertaining way.

Take a look below for more info on the project and be sure to send a donation their way by clicking here to head over to the Kickstarter page.


Once upon a time, a television series called MYSTERY SCIENCE THEATER 3000 was born. We debuted on Minneapolis’ KTMA, local television, on Thanksgiving Day 1988, as the world was in the final throes of Teddy Ruxpin-mania. That was almost thirty years ago, but for some reason, people still seem to like the show – it’s a mitzvah!

Our show has had a long, strange run. Across a UHF channel, a cable network, cancellation, a feature film, then another cable network, the show lasted for 12 years, two generations of hosts and puppeteers, 2 Emmy nominations and a total of 197 episodes before we got canceled again for good in 1999. Sadly, it was just as Prince predicted.

But maybe that’s not where it all ends.

Starting today, we finally get a chance to bring back MST3K.

With your help, we can create a new season of MST3K, prove there’s still an audience, and maybe even convince a network to bring us back for more.