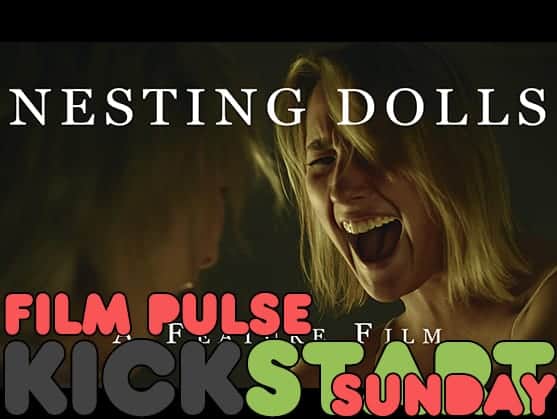 This week’s Kickstart Sunday pick comes to us from director Robbie Snow and his film Nesting Dolls. The film is a feature-length psychological thriller involving three sorority sisters who turn on each other in violent ways after tragedy interrupts their week-long getaway.

If you’re thinking about creating your own Kickstarter campaign, take a look at what these guys have done and take notes- this is what every project page should look like. While you’re there, consider helping the filmmakers out by throwing a donation their way. This campaign currently has 20 days remaining as of this writing with a goal of $25000.

Nesting Dolls is a psychological thriller about the darker sides of us that can lie just beneath the surface. Tori, Britt, and Erica are sorority sisters who spend a week together at a river house. When near-catastrophe strikes, the three are forced against one another as sisters turn to enemies and their humanity and sanity spirals.