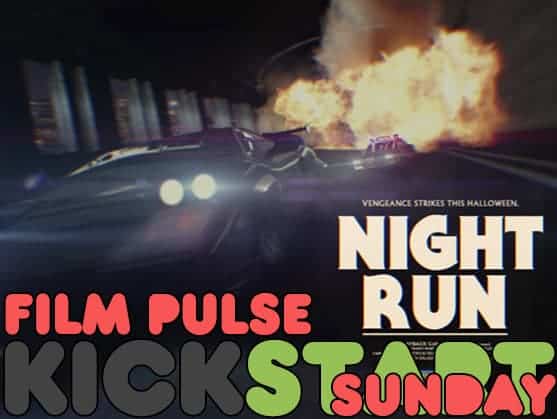 The film market is currently awash with ’80s throw backs, some good, some horrifically bad, but thankfully The Playback Collective‘s Night Run looks like it’s going to be former. The problem with too many of these movies is that they often rely too heavily on parody over homage, implying that ’80s cinema was nothing but laser grids and cheese, but I’m hoping Night Run lovingly honors my favorite decade by creating something authentic and unique.

This Kickstarter campaign currently has 14 days with a project goal of $28,000 so be sure to click over to their page here and send a donation!


“The year was 1985, Daniel McCormack was like any other man, dreaming of sports cars and a brighter future with his girlfriend, Jennifer. One night Daniel stops an assault on several civilians by the notorious Kano Gang who have been overpowering the city of Santa Mira. Unfortunately, Daniel’s bravery is short lived as he is murdered by Johnny, the gang’s leader. A year later, on a thunderous October night, Daniel rises from his grave seeking revenge on the men who took his life, his future and his dreams.”

This is “Night Run”.