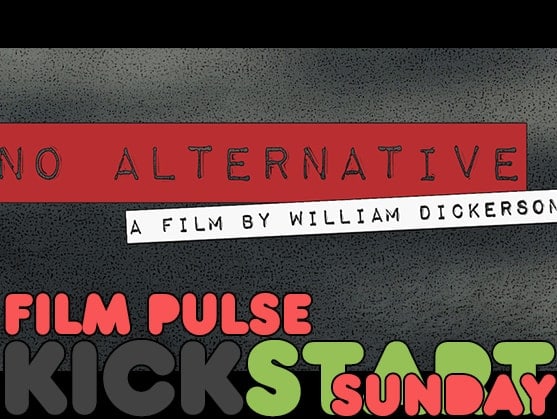 This week’s Kickstart Sunday pick comes to us from director William Dickerson and his upcoming film No Alternative, a coming of age drama centered around teenagers in the grunge era. We’ve had William on the podcast several times so I’m always interested in what his next project will be, and this one looks to be his most personal yet.

This IndieGoGo campaign currently has a month remaining with an $80,000 goal so be sure to click here and send a donation today! Take a look below for information on this project.

“No Alternative” is a coming-of-age drama about suburban American teenagers in the early 90s. Thomas Harrison is determined to start his own alternative band after the suicide of Kurt Cobain—it’s an obsession that blinds him to what’s either the mental collapse, or the eruption of musical genius, of his little sister, Bridget. Bridget boldly rejects her brother’s music, and the music of an entire generation of slackers, by taking on the persona of a gangsta’ rapper named “Bri Da B.”