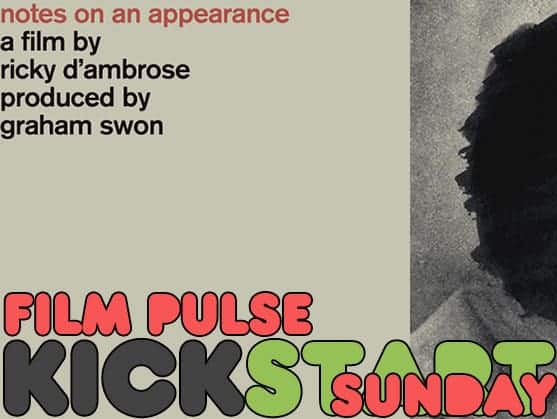 This week’s Kickstart Sunday pick comes to us from director Ricky D’Ambrose and his intriguing feature Notes on an Appearance. The film revolves around two people investigating the disappearance of a political theorist who leaves behind an obscure collection of notebooks, postcards, and newspaper clippings. I’m not exactly sure what this is all about, but I want to know more.

If this project looks as interesting to you as it does to me, consider donating to the Kickstarter campaign which, as of this writing, has 19 days remaining with a goal of $15,000. Take a look below for more info.

A young man’s disappearance is at the center of a spare, tidy feature-length narrative film, set inside New York City apartments, subway stations, bookstores, and cafes as the supporters of an elusive political theorist embark on a covert program of indiscriminate violence and censure. But Todd and Madeleine, who search for the missing David, soon enter the company of strangers who promise diversion and sexual intrigue, and the reasons for David’s disappearance become much less preoccupying—and less meaningful.