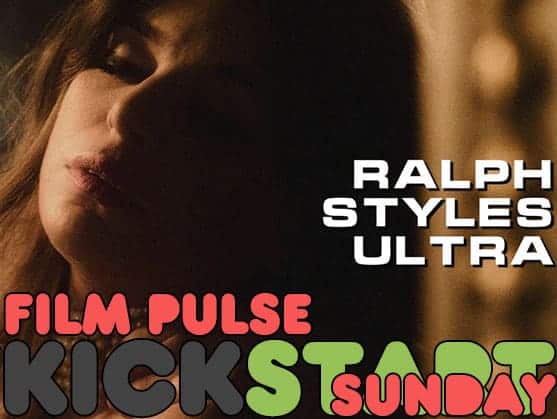 This week’s Kickstart Sunday pick comes to us from Nic Fforde and Giulia Watson and their upcoming short film Ralph Styles Ultra. This short film takes place inside a ’70s cigarette ad where after the commercial ends the lives of the characters and their decadent lives continues. Though the film sounds similar to Great Choice, a short film that played the festival circuit earlier this year about a woman caught in a 1994 Red Lobster ad, Ralph Styles Ultra will certainly differentiate itself with its ’70s look and focus on the ridiculous indulgence of those cigarette ads.
This Kickstarter campaign is looking to raise $21,099 with 10 days remaining as of this writing, so be sure to click here and check out the project and consider sending a donation their way!


Ralph Styles Ultra opens with an authentic recreation of a 1970s cigarette advert. The premise is innocuous enough: a wealthy couple enjoy a drink at a snazzy cocktail bar, smoking their favourite brand of cigarettes. It looks, sounds and feels like any other glamorous advert of the era.

Sixty seconds later, the advert should end. But it doesn’t. Instead of fading to black, we see its characters continue their lives. Confined to a world of greed and luxury, they are forced to live out the reality of a scenario conceived by admen.

A swanky, smoke–filled cocktail bar. A vulnerable, naïve girl whose date hasn’t shown up. A wealthy businessman with an eye on his next conquest. His gorgeous and neglected wife. And a handsome barman, who should know better than to get swept into an ill–fated love triangle.