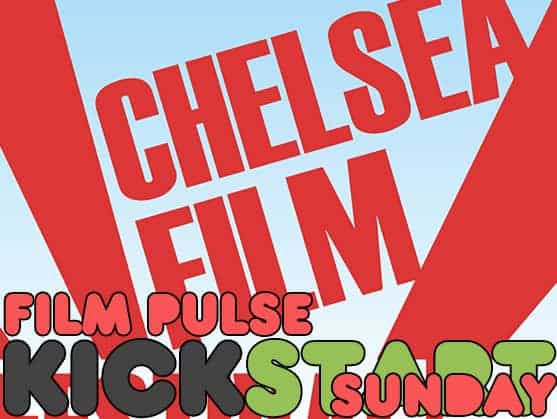 In this week’s Kickstart Sunday I’d like to highlight the campaign to save the Chelsea Film Festival in New York City. If successfully funded, this will mark the fourth edition of the festival, which began in 2013, focusing on emerging talents within the industry. The festival will run four days, from October 13-16 and feature a lineup comprised entirely of US, New York, and world premieres.

Even if you don’t live in the city, I would encourage you to check this festival out and lend your support to help the growth of the indie film scene. You can donate to the Generosity campaign by clicking here.

Here’s some more info about the project:

The Chelsea Film Festival is in its 3rd Year and has become a home for Indie Filmmakers to showcase their stories through film screenings, panel discussions, workshops and special events. The Festival has presented 130 Official Selections since its creation (2015: 66 Films from 24 countries).

We need to raise $100,000. All of the money goes to creating the best experience for YOU, our Nominated Filmmakers, General Public, Presenters and Jury Members.

For more information on the Chelsea Film Festival in general, check out their official site here.