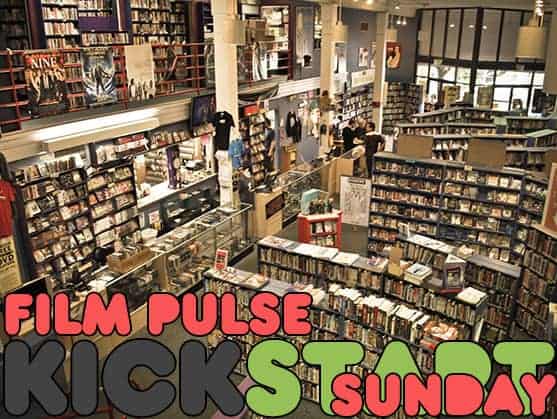 Earlier this week we mentioned The Scarecrow Project, which aims to convert Seattle’s Scarecrow Video into a non-profit organization.  Scarecrow houses the world’s largest home video collection, with over 120,000 titles.

Although we previously mentioned this project, this is a noble cause that’s worth mentioning again and we’re happy to feature this Kickstarter campaign for this week’s Kickstart Sunday.  With 29 days remaining the gang at Scarecrow is looking to raise $100,000 so be sure to click here and show your support today.

This simple vision has been the core of Scarecrow Video since its inception in 1988. The past 25 years have seen Scarecrow’s collection grow from 600 titles to over 120,000, to become the single largest library of VHS, laserdiscs, VCDs, DVDs and Blu-ray discs. In fact, it’s very likely the largest single archive of movies in the world. The passion that built this collection continues to drive Scarecrow as it moves into the next chapter of its history…one that’s beginning right now.