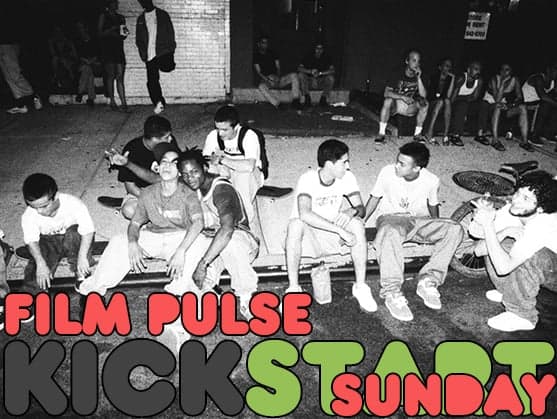 This week’s Kickstart Sunday pick comes to us from director Hamilton Harris and his upcoming documentary The Kids. In my opinion one of the films that defined the ’90s was Larry Clark‘s Kids, and this film gives us a behind the scenes look at the real life individuals who inspired the movie.

This Kickstarter campaign has 17 days remaining with a goal of $81,000, so be sure to click here and send a donation their way!

THE KIDS is an all-access documentary about the real life individuals who inspired Larry Clark’s 1995 cult classic film Kids. Our film, currently in pre-production, will capture the formative, vital, and at times traumatic emotional magnitude that the kids from Kids experienced before, during, and after the film’s inception and global success.