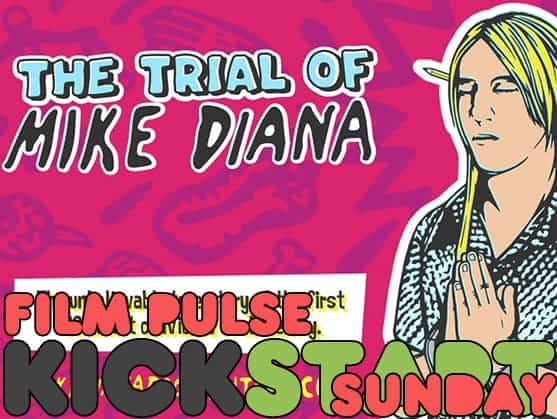 This week’s Kickstart Sunday pick comes to us from the master of schlock himself, Frank Henenlotter, and his upcoming documentary The Trial of Mike Diana. If the name doesn’t sound familiar, Mike Diana was a cartoonist who, in 1994, was arrested and convicted on obscenity charges for a comic book he self published. It’s crazy to think something like this happened at all in this country and even crazier to think that it wasn’t that long ago that this occurred.

This Kickstarter project is looking to raise $40,000 with 11 days to go as of this writing, so be sure to head over to the campaign page here and send a donation their way!

Does Freedom of Speech mean anything when authorities see only obscenity? Does an artist’s vision matter when community standards conspire to suppress it? In a small town in Florida back in 1994, Mike Diana learned that the answer was a resounding no. Freedom of Speech doesn’t mean anything when your art is declared obscene. And one man’s art could be another man’s obscenity.