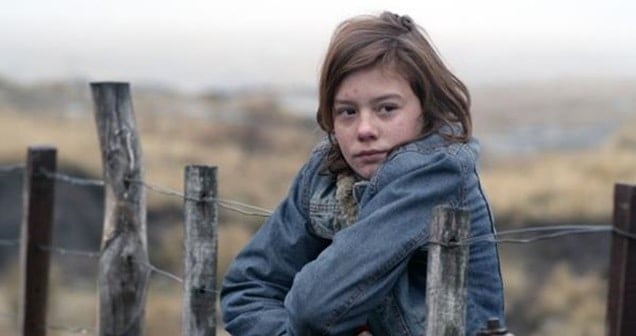 Coming of age stories may be the most popular genre of indie filmmaking, and perhaps this is because the storyline is a flexible one, ensuring there is much agitation in a story to propel the protagonist without offering exactly how the story will resolve.  The same is not true for love stories, for example. In Argentinian writer/director Matias Lucchesi’s first feature, Natural Sciences, the search for self is dressed in Lila’s (Petra Hertzog) insuppressible need to find her father.

This film opens in the center of Argentina, at a small countryside village where Lila’s mother has sent her to attend a boarding school.  As classroom activity focuses on science lessons of gestation, and simultaneously Lila excuses herself to the bathroom, embarrassed and dealing with her first period.

Lila’s emotionally capable and observant teacher, Jimena (Paola Barrientos) is trying to manage the situation from many angles.  As Lila’s episodes, including multiple attempts at escaping the school, worsen, Jimena becomes the only person who is willing to accept that what she needs may actually be valid.  Skipping school becomes something arranged by the teacher, rather than the student in this film, but it does not mean that education has been lost.  In fact, the idea is that they set off to give Lila one of the most important lessons of her life.

Plagued from the beginning with heavy-handed symbolism which rears its head at various points in the film, Natural Sciences fails at maintaining the naturalism it employs in both its script and its performances. The father figure and his family, the burning fire and molten metal, and especially the weathervane Lila is gifted, standout as clunky and metaphoric and outweigh an otherwise simple storyline.  In moments that are meant to be contemplative, the audience is told exactly how to feel through symbolism, which is clearly counter-productive to the impression the film sets out to achieve.

Putting the metaphoric aside, the real victory of this film is a believable and endearing relationship between its two main characters.  From the beginning of the film, it is clear that the characters see each other for who they are, rather than what their roles would prescribe.  As there is little information to go on from a practical perspective to search for Lila’s father, the instinct factor and word of mouth pursuit make the journey livable, realistic, and draw Lila and Jimena to reach a place that is clear in terms of connection with one another.  Despite the clunkiness, their transition from antagonists to confidants makes this film a worthwhile watch.