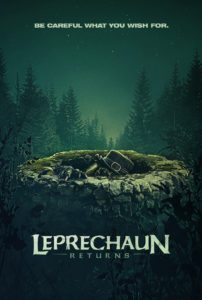 When going into a film like Leprechaun Returns, it’s a given that one will have his or her expectations tempered. Leprechaun is a storied franchise with seven previous entries, including one WWE-produced reboot that happened back in 2014, and although I’d hesitate to say any of these films are good, they are consistently self aware of what they are and never take themselves too seriously.

Leprechaun Returns is the latest attempt at revitalizing the series, opting for the Halloween (2018) approach: pretending all the previous sequels never happened and picking up 25 years after the events of the original.

Directed by Steven Kostanski of Astron-6, the team behind such gorefests as Manborg and Father’s Day, Leprechaun Returns stars Taylor Spreitler as Lila, a college freshman and daughter of Tory, Jennifer Aniston’s character in the first film. As it happens, Lila has joined a new sorority, which is fixing up the cabin from Leprechaun and converting it into their house, but, too bad for them, the titular leprechaun returns and wreaks havoc on them. 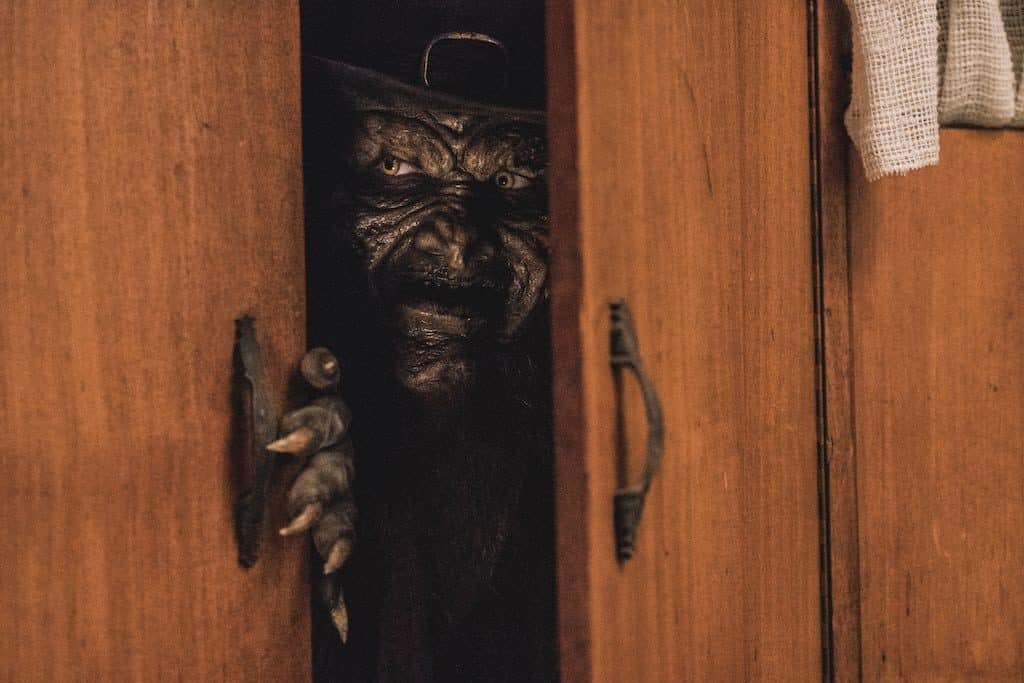 Linden Porco portrays the leprechaun this time around, and while it doesn’t feel quite the same without Warick Davis in the role, Porco does a solid job of picking up the mantle, certainly more so than Dylan Postl’s version from Leprechaun Origins. That devilish wit is back, along with the multitude of ways he plays with his prey before ending them, a feat that may be more satisfying had his victims not just stood still, allowing themselves to be sacrificed. The film makes a point of noting that these characters are not your average dummies, but too often they just stand around like dullards, listening to the leprechaun tell them how he’s about to kill them and then acting surprised when it happens. 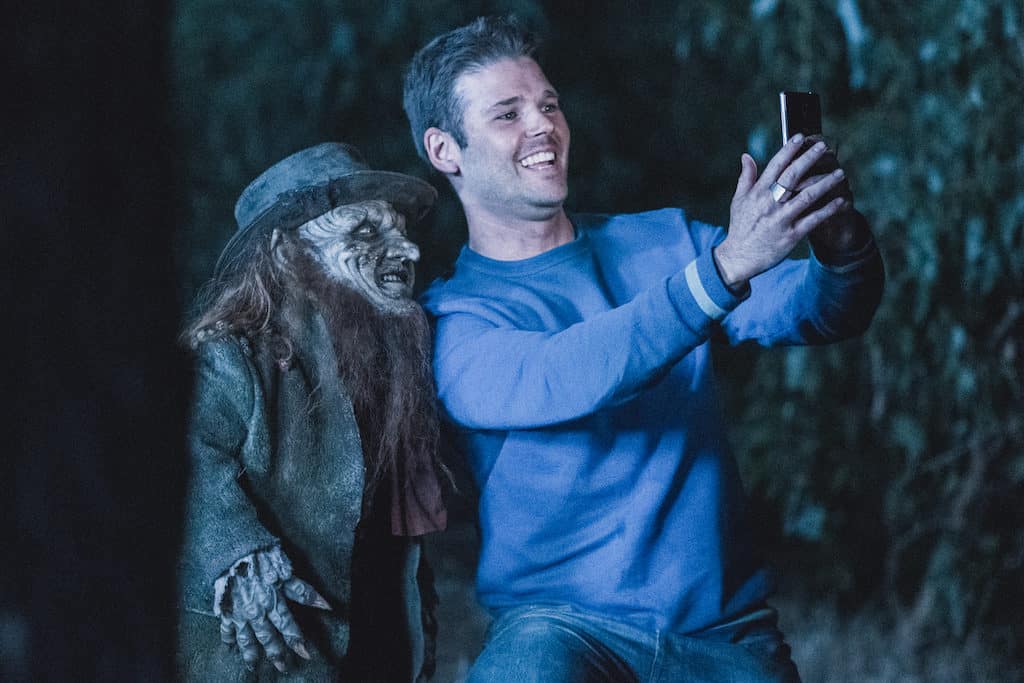 Mark Holton reprises his role as Ozzie, but don’t expect him to come save the day. He is, however, instrumental in the introduction of the leprechaun, which lends itself to one of the first, and perhaps goriest, moments of the film, which boasts many expertly crafted practical effects set pieces. The effects work marks the only bright spot in the film, keeping CG to a minimum and not shying away from going over the top with the blood and guts.

Don’t expect Leprechaun Returns to be a rejuvenating experience for the franchise. While it does manage to be substantially better than several of the previous entries, including Leprechaun 4: In Space and Leprechaun: Back 2 Tha Hood, which retain their spots as low points in a series that never really had any high points to begin with. With its bare-bones plot, lackluster characters and foolish adherence to slasher tropes, Leprechaun Returns is a film that, despite some excellent effects work, should have been left at the bottom of the well.