Paramount has released a new restricted trailer for the upcoming comedy Like a Boss starring Tiffany Haddish and Rose Byrne as owners of a small cosmetics company who accept a buyout offer from a larger company run by the ruthless Claire Luna, played by Salma Hayek.

Best friends Mia and Mel (Tiffany Haddish and Rose Byrne) are living their best lives running their own cosmetics company they’ve built from the ground up. Unfortunately, they’re in over their heads financially, and the prospect of a big buyout offer from a notorious titan of the cosmetics industry Claire Luna (Salma Hayek) proves too tempting to pass up, putting Mel and Mia’s lifelong friendship in jeopardy. The beauty business is about to get ugly. LIKE A BOSS also stars Billy Porter, Jennifer Coolidge, Ari Graynor, Natasha Rothwell, Jessica St. Clair and Karan Soni. 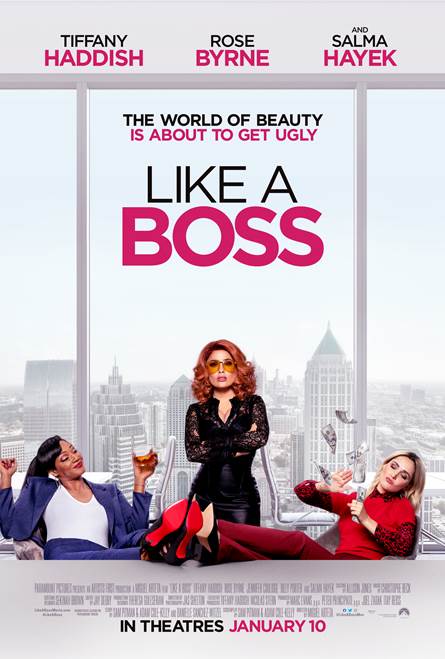