A new trailer has been released for the upcoming horror-comedy Little Monsters, starring Lupita Nyong’o as a school teacher attempting to shield her kids from an oncoming zombie attack. The film is directed by Abe Forsythe and also stars Josh Gad and Stephen Peacocke.

Little Monsters premiered at this year’s Sundance Film Festival and opens in the UK on November 15th, but doesn’t have a release date in the U.S. just yet.

LITTLE MONSTERS follows Dave (Alexander England), a washed-up musician who volunteers to chaperone his nephew’s kindergarten class field trip after taking a serious liking to the fearless schoolteacher, Miss Caroline (Lupita Nyong’o). Dave’s intentions are complicated by the presence of the world’s most famous kids’ show personality and competition for Miss Caroline’s affections, Teddy McGiggle (Josh Gad). One thing none of them bargained for, however, is a sudden zombie outbreak. Will Dave rise to the occasion and have a chance at Miss Caroline’s heart, or will the zombies get there first? 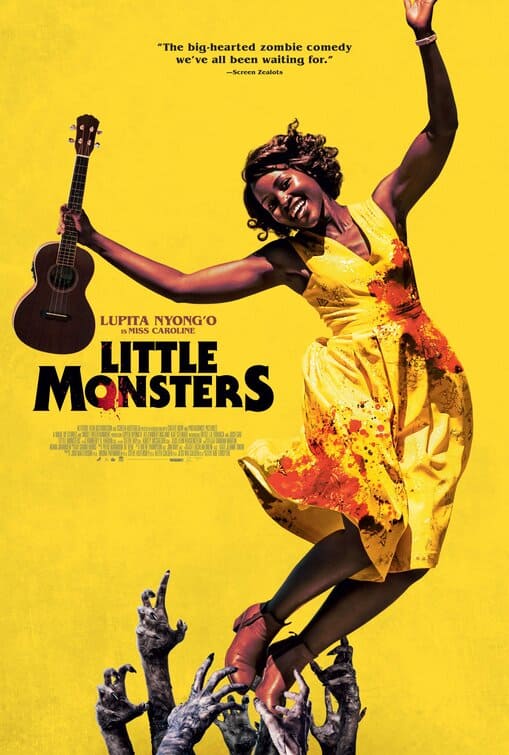