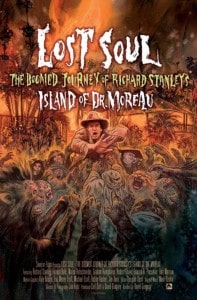 The 1996 production of The Island of Dr. Moreau appeared to be doomed well before it was even released in theatres. Stories of on-set turmoil, clashing egos and a replaced director were just some of issues making headlines in the Hollywood trades.

When the film finally arrived, it bombed. Moreau is often cited as being one of the worst films ever made. It is a truly bizarre, disjointed and perplexing sci-fi tale that seemed to be more about the stars than the story itself. Marlon Brando starred as Dr. Moreau in one of the strangest and most eccentric performances ever. (Most people can’t recall the outstanding effects work from the film, but they will always recall Moreau’s clone, which inspired the origin of “Mini-Me” from the Austin Powers films.) Val Kilmer was, well, being Val Kilmer.

The film was just so bizarre that it pretty much disappeared into cult obscurity. Now, nearly 20 years later, David Gregory, director of Plague Town, tells the insane tale of how this potentially ground-breaking sci-fi film devolved into one the biggest sci-fi misfires ever made. 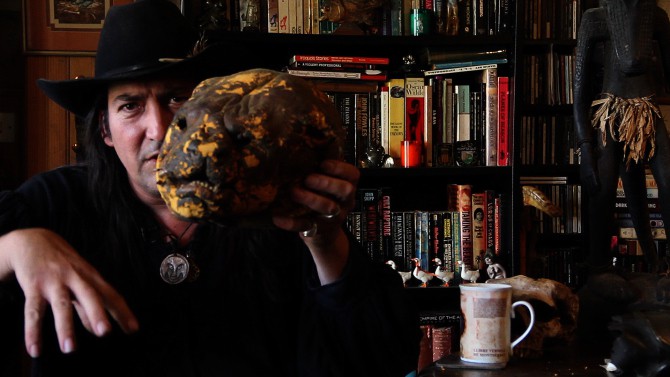 Gregory’s film is no Heart of Darkness or Jodorowky’s Dune, but like those classic films about the making, or unmaking, of a movie, it’s eye opening and entertaining. Like most genre fans, I only knew of the on-set turmoil through what I read in Fangoria or Starlog magazines. Little did I know, there was so much more to the story than what I even recalled. Richard Stanley, director of Hardware and Dust Devil, caught Hollywood’s eye and was tapped to direct a new take on H.G. Wells’ classic sci-fi novel.

The film was Stanley’s first big-budget studio film. He had a bold vision and was ready to go. While he didn’t get the cast he initially wanted, the film was ready to roll. Then the nightmares began. It would be an injustice to reveal all the crazy stories that unfold over the course of the film; it will have you laughing and often shaking your head in disbelief.

Gregory and his editor Douglas Buck sifted through nearly five hours of footage to piece together a cohesive and chronological story. Gregory received cooperation from many people involved with the film, including Richard Stanley, producer Edward R. Pressman, New Line executive Robert Shaye and cast members Fairuza Balk, Rob Morrow and Marco Hofschneider. They all share candid stories about their experiences on set, their frustration with the turmoil behind the scenes and their thoughts on the final product.

If you are a fan of behind-the-scenes documentaries, then you are going to absolutely love this one. It’s an eye-opening look at an infamous production, which could have you wanting to revisit John Frankenheimer’s film so you can see it from a new perspective, and serves as a fascinating look at how unchecked star power can undo a film. Gregory’s film helps clear up how Moreau ultimately became the muddled mess that it was and fortunately it would appear to have served as the impetus to allow Stanley to finally do it his way. Stay tuned.