A new trailer has been released for the upcoming horror film Fear, Inc. which revolves around a horror buff who signs up for a customized horror experience called Fear Inc. that goes a bit too far. Basically, it’s like The Game only painted with a horror themed coat of paint.

I had the opportunity to check this one out at Tribeca 2016, and found it to be pretty middle of the road. You can check out my review here. 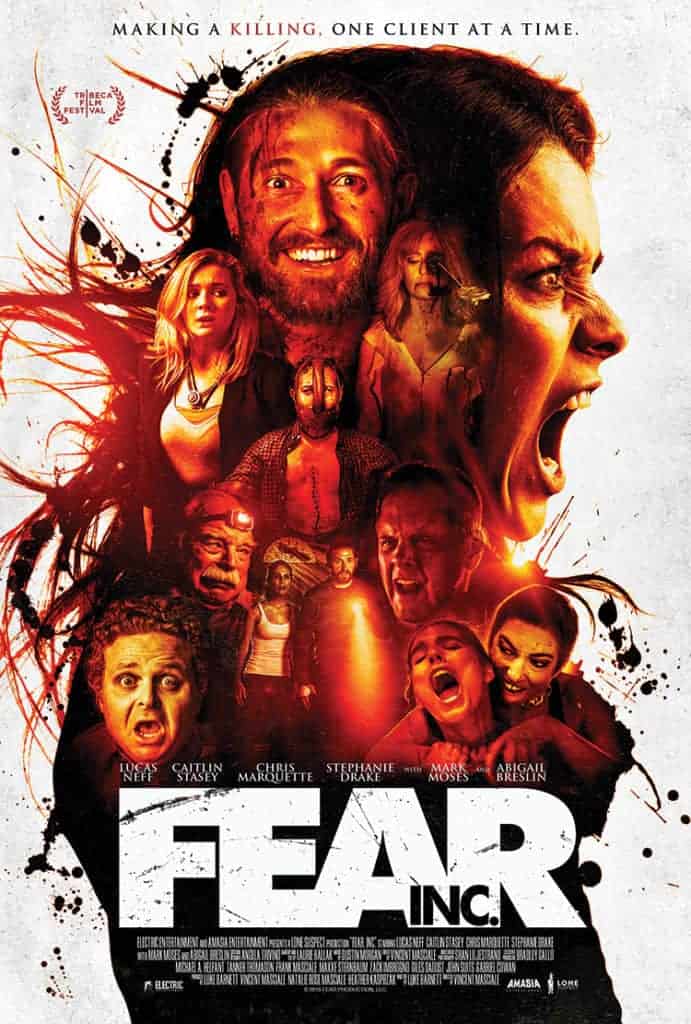 When horror movie enthusiast Joe Foster (Lucas Neff) and his girlfriend, Lindsey Gains (Caitlin Stasey), are handed a business card for such a company, Joe’s curiosity gets the best of him. As the Fear, Inc experience seemingly begins, scares start popping up right out of Joe’s favorite horror movies, quickly turning him into a kid in a candy store. If the kid was a self righteous thirty year old and the candy store was the prop room from SAW. After a friend explains the company’s dangerous reputation, his rollercoaster of a journey goes from light hearted fun to uncomfortably realistic as things take a major turn for the worse. Joe’s sense of reality spirals out of control as he’s forced to take responsibility for his actions, no matter the cost.