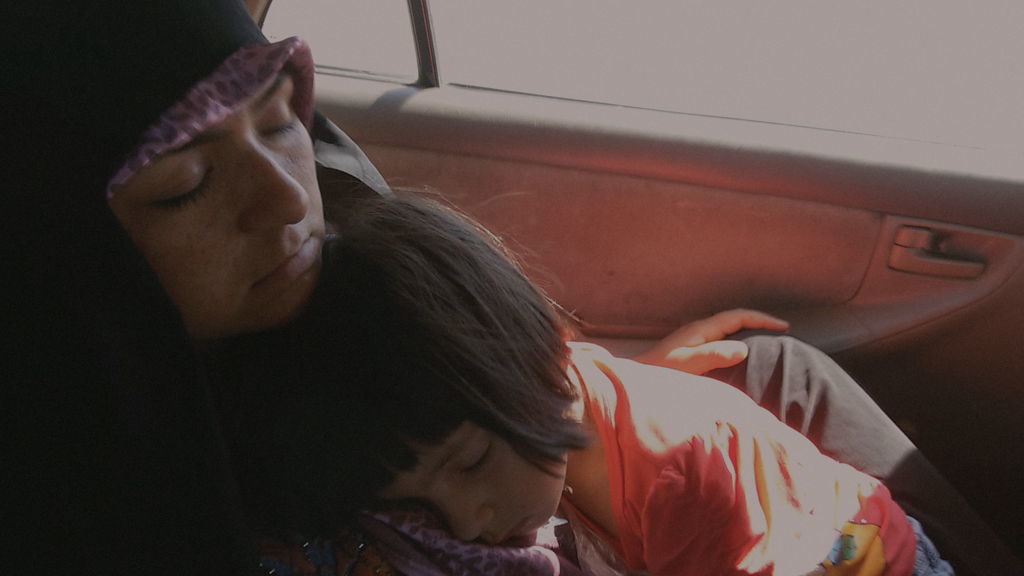 Midnight Traveler — directed by Hassan Fazili and written, produced and edited by Emelie Coleman Mahdavian — is one of those rare films that strikes a balance between plot and character. Too often in documentaries the events are so startling that we fixate on them and not the people. Looking at the summary of this film about a filmmaker and his family fleeing the Taliban — one might think it’s either going to be all about the journey or all about the man. The film covers both while leaving room for the family, focusing much of its time on the women, showing them as integral to this story as the filmmaker.

The documentary, all filmed on three mobile phones, starts in Tajikistan. Lettering across the screen throughout tells the day and the location. Fazili; his wife, Fatima Hossaini, who is also a filmmaker; and his two daughters, Nargis and Zahra, have fled from Afghanistan to Tajikistan and have been there for 14 months seeking asylum in various countries. They’re not successful and are deported back to Afghanistan. Once there, the family decides to go to Europe and begins the 3,500-mile journey.

Fazili explains what led to their asylum-seeking through a voiceover and various footage, including some of Hussain Hashemi Qureysh. Qureysh and Fazili met at a wedding and became like family after Fazili cared for him when he was in an accident. 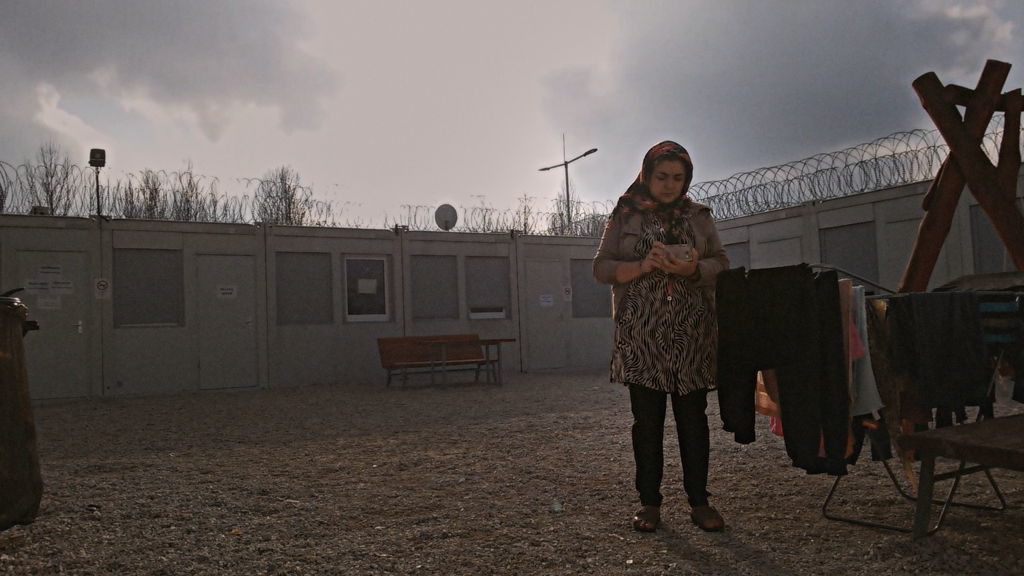 “Cut. I became a filmmaker. Cut. I opened Art Cafe with some friends. Cut. I made a film about a Taliban commander,” says Fazili. His friend Qureysh becomes frustrated by the Afghanistan government and joins the Taliban. Things then spiral.

Once his film is shown, the Taliban murders the commander; the police target Art Cafe, and he and his family go to the mountains. Qureysh contacts Fazili, warning him there is a bounty on him within the Taliban and that it’s not safe for him in Afghanistan.

Those rapid-fire “cut” moments are too quick. I wanted to sit in them longer, gain more insight as to how his friendship led him to becoming a filmmaker. Also, knowing how he came across the opportunity to interview a Taliban commander would add much-needed context. 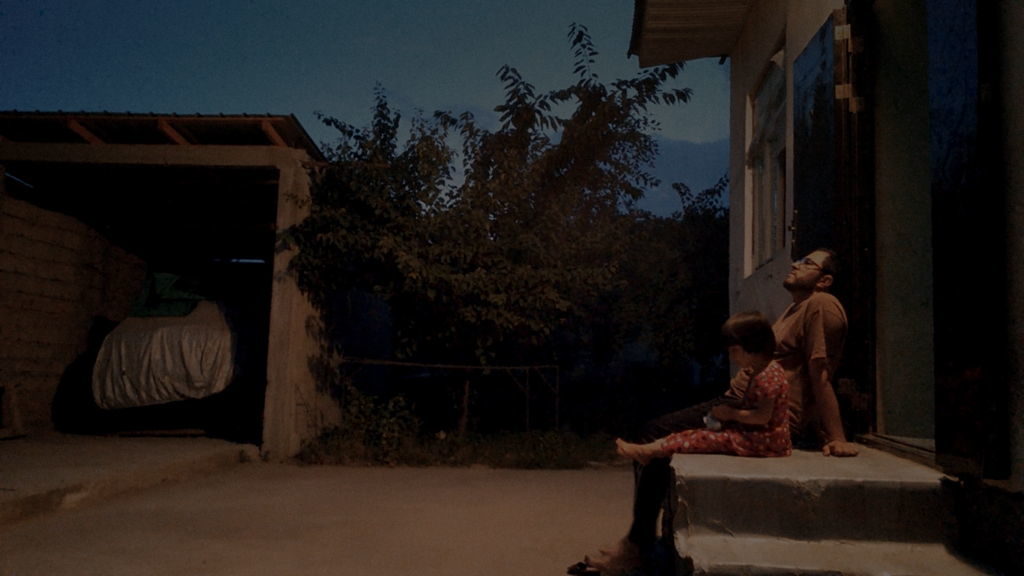 It makes sense why he keeps the pace moving, as a lot fits into the hour-and-a-half runtime. And the audience’s journey mirrors that of the family: like them, we move on quicker from some locations and stay longer in others. But in the beginning, especially as we are getting to know these people and their situation, the days fly by, and I needed to get my bearings before moving to another location.

The conversations that Fazili and Fatima have and the interactions he has with his daughters are the refreshing moments that create these nuanced characters. The children are often given the opportunity to voice over footage or hold a phone to record something of their own.

Nargis tells this particularly heart-wrenching story about when they are in a refugee camp in Bulgaria. She says she liked Bulgaria until a man tried to punch her. We see the aftermath of the family out in town after being harassed by a local gang who doesn’t like migrants. Nargis and her sister seem fairly Americanized. They don’t pray or participate in religious activities. Nargis occasionally wears a headscarf, but because of this entire experience, they are keenly aware of their culture, customs and how they are perceived by others in the world. 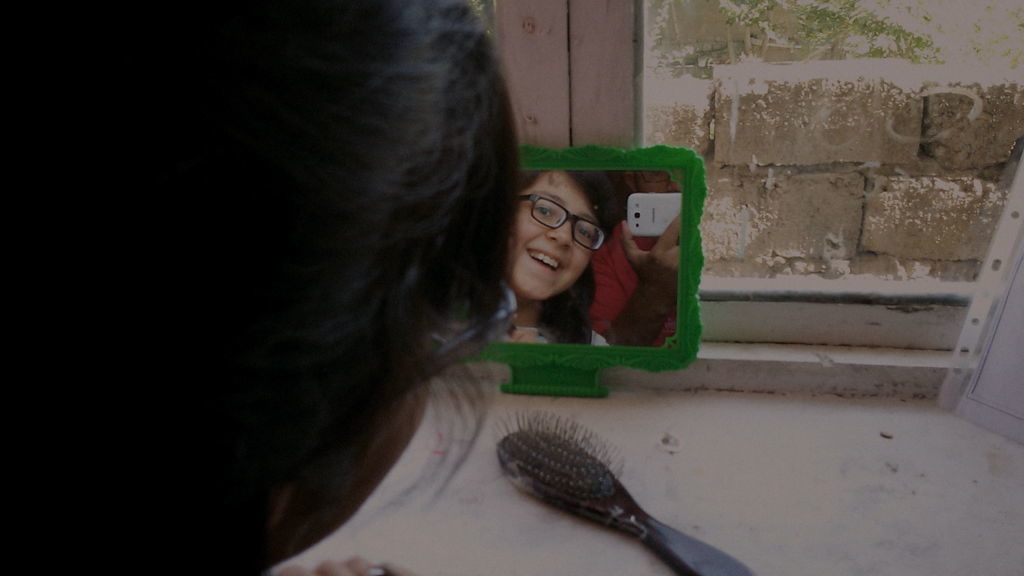 Fatima’s honesty speaks to her filmmaker background. She’s strongwilled, not afraid to laugh at Fazili or call him out if he does something dumb, like complimenting a women living in their refugee camp. She’s the filter through which the family comes alive.

She claims Fazili wasn’t as open minded until he met her, and I feel like she has the same impact on us. Because of her, we see the humanity in this family. Although she’s nervous to have these types of interactions on camera, they provide much of the intimacy the film needs.

What’s remarkable about Fazili and his family is that they’re still able to be a family. There is never any blame placed on Fazili for following his art, causing this displacement. Instead, they all keep surviving as best they can. If you want to see a trying but touching story of survival, look no further than Midnight Traveler.