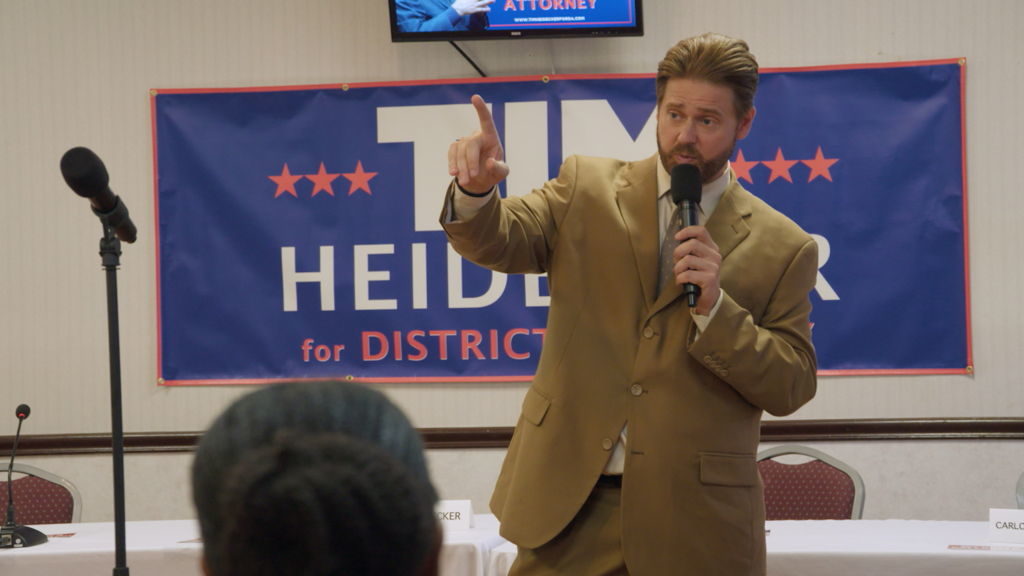 In 2011, Tim Heidecker and Gregg Turkington began a podcast called On Cinema, in which the two portrayed versions of themselves, poorly reviewing movies and lampooning the boom in amateurish podcasts that were popping up by the hundreds. The show would be later turned into a web series and picked up by Adult Swim where it formed into a growing mythology that now encompasses 11 seasons; a spinoff TV series, Decker; and now a feature film, Mister America.

Taking place after the 10th season of On Cinema, the mockumentary follows Heidecker as he sets out to run for District Attorney in San Bernardino County in order to bring down the “rat” who prosecuted him for a mishap at a Fyre Festival-like EDM show in which he handed out poisonous vape devices, resulting in the deaths of 19 people. 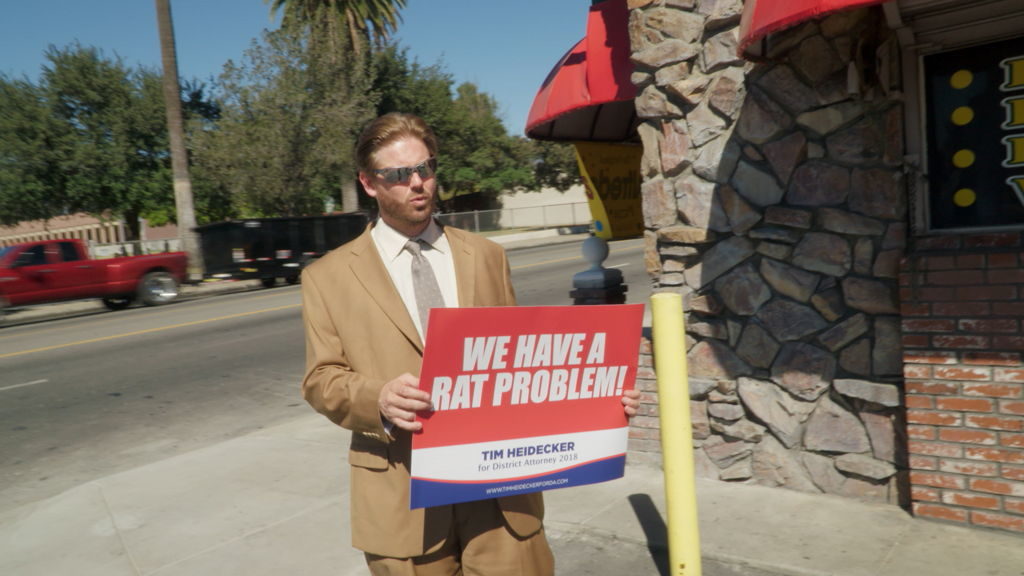 The trial, which was broadcast as a special on Adult Swim, resulted in a mistrial in which one juror refused to find him guilty. This woman, Toni, played by Terri Parks, becomes Tim’s campaign manager and makes for some of the film’s most entertaining moments, with her casually racist agenda and adoration for Tim feeding into his massive ego and right-wing tendencies.

Like many of the plotlines of On Cinema, Mister America is a pointed spoof of our current political climate, with Tim acting not unlike a Donald Trump figure — someone dangerously, comically, frighteningly unqualified for the job — a boisterous loudmouth wearing a suit several sizes too big whose selfishness knows no bounds.

A film entirely comprised of this character may be too frustrating for some to truly enjoy, especially considering it’s something we experience in real life on a daily basis, but fortunately Gregg is here to help soften the blow. Turkington’s self-proclaimed movie-expert persona is more on point than ever, acting as the perfect antithesis to Tim’s brash, aggressive personality. 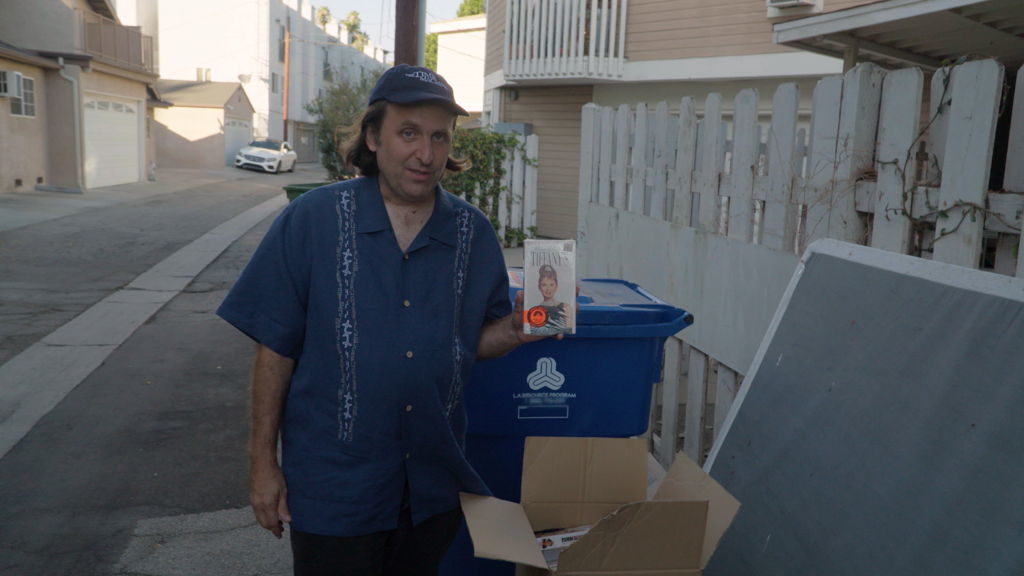 He’s constantly vying for the camera, desperate to just talk about movies, something he constantly struggles with in On Cinema as well. In the show, we see his character morph from an excited, optimistic guy just looking to talk about the movies he loves to someone who no longer has the patience to deal with Tim’s shenanigans, something that carries over into the film to great comedic effect.

While it isn’t necessary to be familiar with the On Cinema universe to enjoy Mister America, having previously watched the show will certainly enrich the movie experience as it provides additional context to Tim and Gregg’s characters and motivations. Director Eric Notarnicola aligns the film in such a way that all the important plot points are addressed, including a bevvy of clips from On Cinema and the trial special so people aren’t completely in the dark. It’s still recommended that before watching this you familiarize yourself with at least the last three seasons or so to fully appreciate the film. 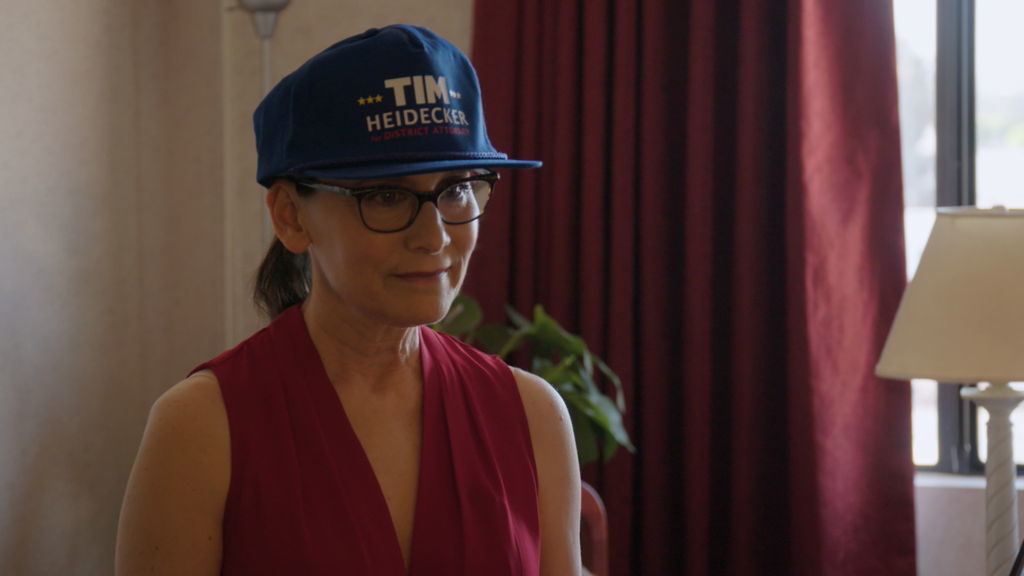 Given the trial was previously broadcast as a special, I’m not sure why it was decided to release this as a feature film rather than another TV special, and perhaps after its theatrical run it will be; but it seems more at home on Adult Swim than in a theater.

If you’re a fan of Tim Heidecker’s alt-comedy style, then Mister America won’t disappoint. It’s irreverent, frighteningly true to life and consistently funny, especially the scenes involving Turkington, who, like his role in On Cinema, is the highlight. What Heidecker and Turkington have done with this ever-growing mythology is impressive, creating a satirical monster that continues to grow more and more tentacles while cleverly lambasting one topic after another, and while I still prefer On Cinema, this is a wildly funny new chapter in their story.