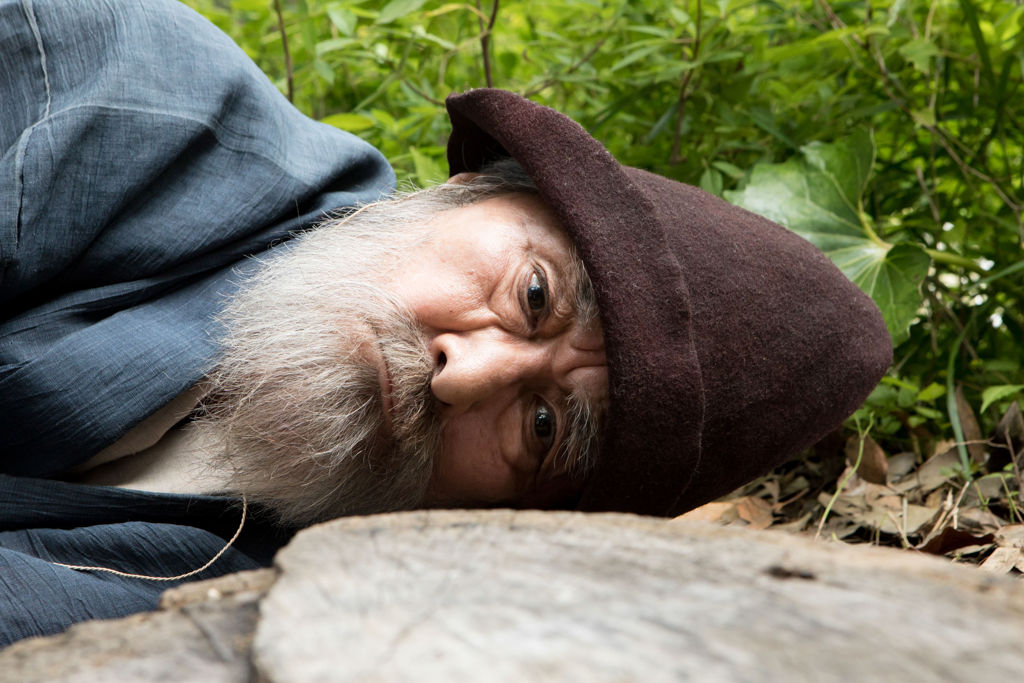 Those unfamiliar with the oil and watercolor painter Morikazu Kumagai need only look at his extensive work to get the impression of an uncomplicated and content individual. Producing dozens upon dozens of simple, vibrant portraits of the wildlife that wandered through his sprawling back garden, his subdued approach to his life and art — mixed with his committed reclusiveness — built an aura of intrigue around the modest painter that turned him into a cause celebre in his later years.

Labelled a “man above earthly concerns,” spending his days shuffling through his garden and taking inspiration from the smaller walks of life he passed, Morikazu Kumagai’s fundamentally untroubled existence does not immediately jump out as the most obvious subject for the biopic treatment. Helmed by Woodsman and the Rain director, Shuichi Okita, Mori, The Artist’s Habitat does more to nail down the inscrutable vibe of this perennially insouciant artist than to mould a narrative out of his remaining years.

Set in 1974, when Morikazu (played by Tsutomu Yamazaki) was 94 years old and had not stepped off his property or changed his daily routine in over 30 years, Okita’s film devotes a considerable amount of time to observing the man in his artistic environment. As much as Morikazu intently observes the bugs, cats and other wildlife he comes across in his daily excursions through the thicket that is his overgrown garden, Okita’s film does not offer any commentary to his faithful restaging of the artist’s day-to-day life.

As if to say the man was not a hard subject to understand, Mori takes a lax approach to the biopic that portrays Morikazu as a quintessential “what you see is what you get” creative. The processes that go into his work are never probed; the understanding of his character remains only skin deep, despite Yamazaki’s subtle embodying of his advanced age and disillusion with his growing reputation, and the selected chapter of his life the film focuses on is notably devoid of conflict.

Okita attempts to extract comedy in his interactions with the many guests to his home and how the frustratingly modest man’s day-to-day routine clashes with his resonating celebrity. His wife (Kirin Kikki) and maid (Nobue Iketani) routinely express resigned befuddlement to his ways, and the many art lovers and paying customers seeking a commission frequently leave confused when Morikazu’s aesthete eccentricities bore them.

To the characters and, by extension, the audience, Morikazu is seen as a truly unknowable figure, a contented creative without displaying the depths we have come to associate with the artistic types. Even as Mori attempts to hint at an arc for the man, either concerning the building of a condo being a threat to his garden sanctuary or the possibility of him growing cynical over his expanding celebrity as he approaches death, the film always rests on the calming, shaggy surface of the shuffling artist in his garden.

And honestly, that is where the joy can be found in Okita’s film. Despite the frustrating surfaceness of the approach to an intriguing figure, the genuine awe Mori expresses with each shot of Morikazu intently staring at a bug or a rock from his garden — or him silently resting as his family and guests jabber endlessly about him and his career — is weirdly infectious.

While you might not expand your knowledge of the man, his accomplishments or even, bizarrely, his art (in total only one of his completed paintings is shown in the entire film, and only one scene is actually shown of him using a paintbrush), you walk away with the impression of a steadfastly uncomplicated person who just wanted to idle and loaf about in his garden, and there is enjoyment to be had in it. The film captures the intrigue of the man without breaking the reclusive mystique. We may be following his every step through his garden, due to Okita’s deft restaging, but we can never do more than observe.

Mori, The Artist’s Habitat is a functional portrait of an artist who wanted nothing more than to sink into the environment he regularly painted. While the monotony can feel stale and repetitive, we can no sooner blame the writer-director as much as we can blame the man himself. He might not have ultimately needed the biopic treatment, but in trying to do just that, Okita has crafted a singular impression of an artist whose tedium held charm and intrigue.